Brazilian oil and gas company Petrobras has put into operation its new floating, production, storage and offloading (FPSO) vessel P-71, ahead of the expected start of production in 2023.

The P-71 platform vessel started production on Wednesday, 21 December. It is installed in the Itapu field in the Santos Basin pre-salt area, 200 kilometers offshore the coast of Rio de Janeiro.

According to Petrobras, the P-71 has the capacity to process up to 150,000 barrels of oil and 6 million m³ of gas per day. Measuring 316 meters in length, the vessel has a 1.6-million-barrel storage capacity and can accommodate 166 persons.

Positioned in a water depth of 2,010 meters, the FPSO will be the only one to produce in the Itapu field, fully operated by Petrobras.

The unit is expected to reach its maximum production capacity in 2023.

Originally designed for the Tupi field, the FPSO underwent modifications and integration at EJA for deployment at the Itapu field after Petrobras’ decision to focus on deep and ultra-deep waters.

The unit is the last in the series of six replicants operated by Petrobras, also composed of P-66, P-67, P-68, P-69, and P-70. These units feature high production capacity, advanced operating technologies and emissions reduction, with the same replicated engineering design. 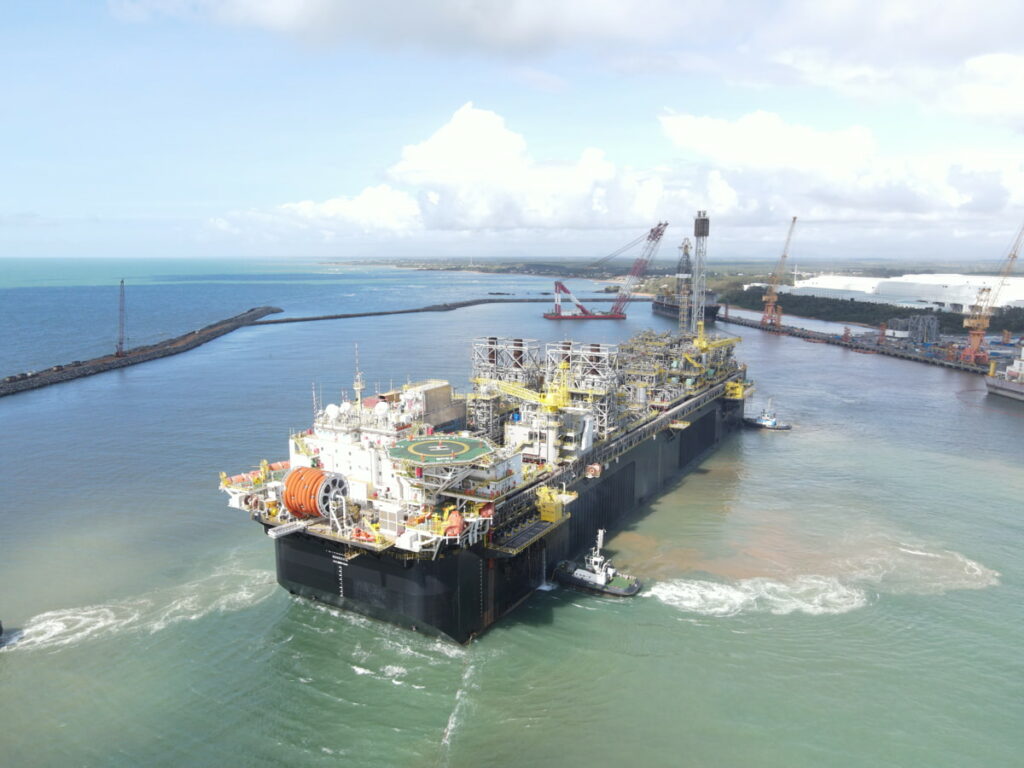 Petrobras’ new FPSO heads to the pre-salt field offshore Brazil
Posted: 3 months ago
After CEO steps down, interim one taking the reins at Petrobras
Posted: about 1 month ago
New FPSO arrives in Brazil for final commissioning ahead of production start-up
Posted: 22 days ago