NOAA sets sights on deepest parts of the ocean

NOAA has said it intends to collaborate with a private company led by Victor Vescovo, the first person to reach the deepest point in all five of the world’s named oceans, in an effort to explore, characterize, and map unknown areas of the deep ocean.

Vescovo’s company Caladan Oceanic brings to this partnership capabilities and technologies to explore the hadal zone — the deepest, darkest and coldest region of the ocean found below 6,000 metres.

This expertise was on display in Vescovo’s recent successful missions in 2018 and 2019 called The Five Deeps Expedition, during which he journeyed in a human-occupied submersible vehicle to depths ranging from 5,600 metres to 11,260 metres into the deepest trenches of the Pacific, Atlantic, Indian, Southern and Arctic oceans.

“NOAA will collaborate with Victor Vescovo because he has the passion and technological capabilities to help us accelerate our mission to explore, characterize, and map the ocean,” said retired Navy rear admiral Tim Gallaudet, Ph.D., assistant secretary of commerce for oceans and atmosphere and deputy NOAA administrator. “We look forward to combining the expertise of our ocean scientists with a decade of exploration aboard the NOAA Ship Okeanos Explorer and the unique capabilities of Caladan.”

Through the recently-signed memorandum of agreement, NOAA and Caladan agree to meet regularly, share objectives, plans and needs, and look for ways to provide assistance on shared goals.

“I’ve been quoted saying that government can’t, and shouldn’t, do everything, but a partnership with government like this could achieve amazing results that neither of us could do alone,” said Vescovo. “We look forward to employing our resources, including the world’s only full ocean depth-capable submersible, Limiting Factor, to greatly advance our knowledge of the deep oceans.”

This is not the first time that Caladan and NOAA’s paths have crossed. In 2017, Caladan acquired the former NOAA research ship, NOAA Ship McArthur II, and significantly retrofitted it to become the Deep Submersible Support Vessel Pressure Drop for Caladan’s explorations.

The collaboration will support the recent Presidential Memorandum on Ocean Mapping in the U.S. Exclusive Economic Zone and Shoreline and Near Shore of Alaska and the goals announced at the November 2019 White House Summit on Partnerships in Ocean Science and Technology. 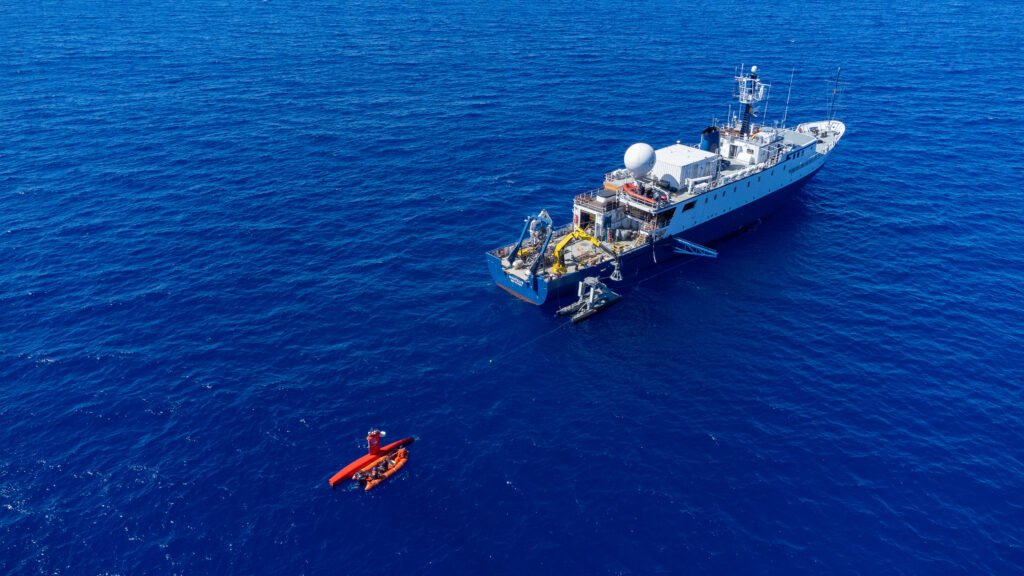