NOAA’s Ship Okeanos Explorer will explore deep-sea habitats in the Gulf of Mexico from April 12-30. Members of the public are invited to join. “Virtual ocean explorers” will have the chance to see canyons, deep-sea coral communities, and shipwrecks dating to the early 1800s via live video transmitted from the deep seafloor.

“This is an exciting opportunity for the public to join us as we explore the Earth’s ocean to obtain and share scientific information that describes largely unknown ocean areas. This information can then be used by ocean resource managers, coastal communities, offshore industries and others to inform decisions about how best to manage, use and protect the ocean and its resources,” said John McDonough, the acting director of NOAA’s Office of Exploration and Research.

“America’s Gulf is our backyard, yet there is a great deal we still need to learn about its sea floor, sea life and maritime heritage,” he added.

Anyone with Internet access can follow the expedition on NOAA’s website, which will chronicle the expedition through live and archived videos, background science essays, still images, logs from the science team, curricula and educational modules. Last year’s Okeanos expedition to the North Atlantic Ocean drew more than 900,000 visits to the web pages as the public watched dynamic underwater sea creatures, visited rarely seen underwater landscapes and heard scientists describe the underwater world.

Technicians aboard the ship will launch Remotely-Operated Vehicles (ROVs), allowing scientists on shore to explore features such as salt domes, gas seeps, and canyons, while also investigating shipwrecks and marine life, including deep-sea coral habitats. NOAA’s ROV Deep Discoverer, accompanied by the ROV camera-sled Seirios, are equipped with high-definition video cameras and advanced lighting systems to obtain and send live video. The ROVs may operate as deep as 3,000 meters.

The live video timeframe will include Earth Day, April 22, when the team will explore a deep-sea canyon, characterizing the features, habitats and species they encounter. On April 15, 16 and 24, expedition scientists expect to investigate shipwrecks to determine if they may be significant national maritime heritage sites. Such sites require not only study, but protection in partnership with industry and other federal partners.

NOAA’s Office of Ocean Exploration and Research (OER) developed the expedition plan with input from more than 40 scientists and managers from NOAA’s Office of Oceanic and Atmospheric Research, NOAA’s National Marine Fisheries Service and NOAA’s National Ocean Service, as well as from interagency partners, the Gulf of Mexico Fishery Management Council and multiple academic institutions. Scientists from these organizations, including those from more than a dozen academic institutions, will supervise the expedition as they participate from shore-based locations using telepresence technology, satellite and high-speed Internet pathways between ship and shore.

OER and NOAA Research are also working with NOAA’s Satellite and Information Service to provide open-access data, including near-real time sharing of large data sets such as high-definition video and mapping data, and to ensure that data are publicly accessible in sixty to ninety days via the NOAA data archives. 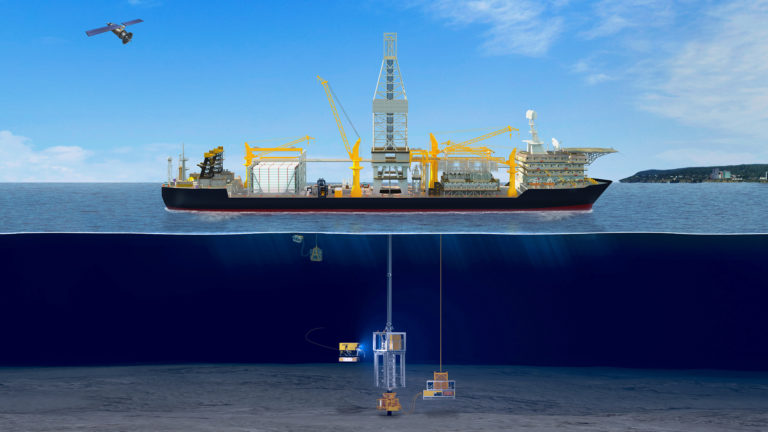