Monitoring has shown that pile stability has increased as the scour pits have filled with naturally occurring sediments trapped within the TFN units installed around the monopile foundations.

“The TFN system’s effectiveness in the mobile sandy seabed environment at Scroby Sands has been particularly good and eliminates the problems associated with rock dumping and sand bags in such conditions. The use of TFN’s is particularly suited to highly mobile sediment areas, where scour is usually a significant problem” said Norfolk Marine’s TFN Project Manager Laurie McCaughan.

The results show that the TFN’s have successfully reinstated seabed material around the turbines, where they are installed, and prevented further loss of material.

Their effectiveness in mitigating the risk from scouring has been proven at Scroby Sands, even where there is significant secondary scouring due to previous rock dumping activities, Norfolk Marine said.

Each TFN consists of 50 recycled tyres held inside a marine grade net. The tyres are tied together inside the net with ropes that provide a backup method of securing and recovering the tyres from the seabed. The tyres inside each net trap material which is suspended in the tidal water flow and prevent it escaping so the seabed is reinstated with naturally occurring sediment. 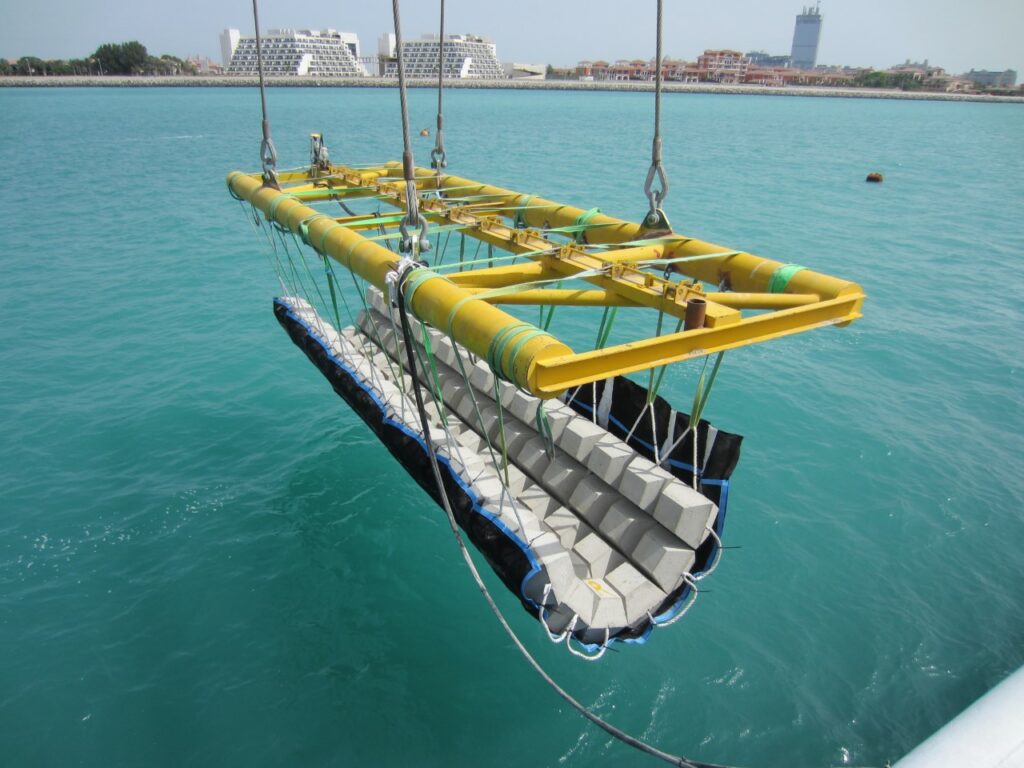