North America’s first LNG bunker barge is scheduled to be launched in February of 2016, according to Clean Marine Energy LLC (CME).

The announcement was made following a US Coast Guard (USCG) and Society of International Gas Tanker and Terminal Operators (SIGTTO) hosted tour at Conrad Shipyard in Orange, TX which included roughly 200 industry partners.

The tour was organized in conjunction with the USCG Liquefied Gas Senior Executive Forum held in Houston on Dec. 9.

The 2,200 m3 barge hull construction is near complete and abrasive blasting and painting is scheduled to begin in the coming weeks. The LNG Mark III Flex cargo containment system, designed by Gaztransport & Technigaz (GTT), is scheduled to be installed immediately following the February launch.

The Bristol Harbor Group designed and ABS classed vessel will be outfitted with the Conrad’s custom fabricated 20m bunker mast under GTT license which will enable the barge to service a wide variety of vessels.

The barge will be delivered to Jacksonville, FL in the 3rd Quarter of 2016 to service TOTE’s newbuild “Marlin class” container vessels and other LNG-powered vessels in and around the Port of Jacksonville and the Southeast.

The Isla Bella, the first of two ships, arrived in Jacksonville in early December and is currently operating a liner service to San Juan, Puerto Rico. The ship’s sister, the Perla Del Caribe, is anticipated to enter service in the second half of February 2016.

CME is partnered with WesPac Midstream LLC (WesPac) and together with Pivotal LNG (Pivotal), a subsidiary of AGL Resources, will own and operate JAX LNG, a small scale liquefaction facility in the port of Jacksonville. The plant is planned to be commissioned during the 1st Quarter of 2017 and will be capable of providing LNG to locations up and down the Florida and Georgia coasts. 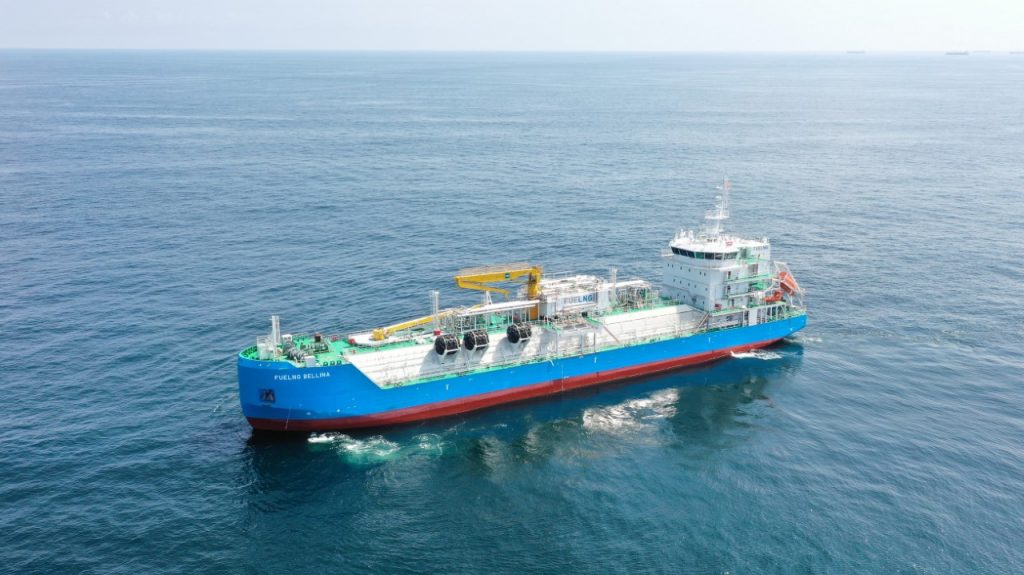