The towing of Njord A platform, which has been described as Norway’s largest renovation project, to the field started on Tuesday, 22 March. The Njord field, which is located in the Norwegian Sea, was in production from 1997 to 2016 when the preparations for upgrade works started as part of the Njord Future project.

The upgrading contract was awarded to Kvaerner, before it merged with Aker Solutions, in March 2017. The platform was towed from the sea to the shore and moved into the dry dock in December 2016. Since then, significant upgrades have been carried out on the hull and the platform deck to extend its lifetime for another 20 years of production. Initially, the Njord platform was scheduled to be delivered in the spring of 2020.

Sturla Magnus, executive vice president and head of Aker Solutions’ topside and facilities business, said: “A refurbishment project is never easy, especially at this size and complexity, and with the addition of having to be carried out in the middle of a pandemic with a shortage of labour and a strict infection control regime. This makes me even more proud that we have now reached this important milestone.”

The engineering was performed mainly by Aker Solutions’ offices in Bergen, Stavanger, Fornebu, and Trondheim. The construction has been carried out at the company’s yards at Stord and Verdal. Close to 400 different supplier companies have been involved in the project, most of them Norwegian.

“Njord A is now ready for several decades of energy production and value creation for the greater society,” said Magnus.

Njord A was originally delivered by Aker Solutions in September 1997. The platform deck was manufactured and assembled at the Stord yard, while the hull was constructed at the Verdal yard. Njord A was the first EPC contract on the Norwegian continental shelf following the implementation of the NORSOK standard in the mid-90s.

In recent weeks, the platform has been in Klosterfjorden on the west coast of Norway, conducting various sea trials.

Carl van der Hagen, project director at Aker Solutions, who was also involved in the construction of the original platform in the 90s, commented: “The sea trials are now complete, and we are on schedule for delivery and tow out to the field. Compared to the original version of the platform delivered in 1997, it is a quite different platform that is now ready to be transported back to the Njord field. 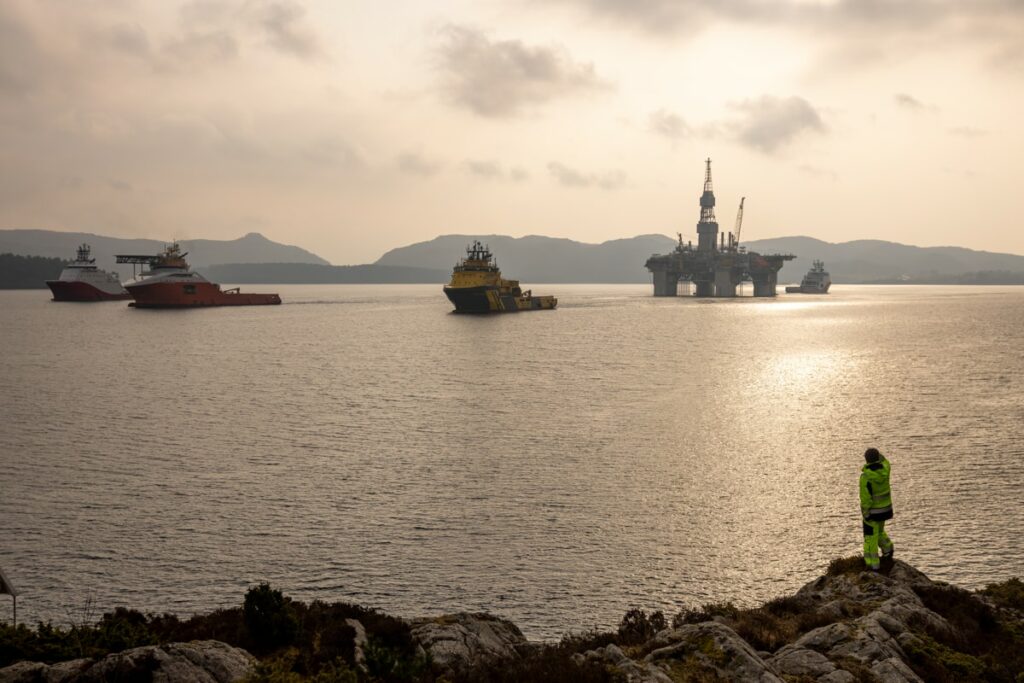