Norwegian Cruise Line Holdings has unveiled the design of its new dedicated terminal at PortMiami, which will have the capacity to berth an additional 5,000-passenger cruise ship.

Pending final approval by the Miami-Dade County Board of County Commissioners, the project will commence in May 2018, and is scheduled for completion by the fall of 2019, as Norwegian Encore, the newest ship of the Breakaway Plus class, makes its debut in Miami with seasonal cruises to the Caribbean.

The cruise company, which operates the Norwegian Cruise Line, Oceania Cruises and Regent Seven Seas Cruises brands, said that the terminal represents the continued relationship between Norwegian and Miami, which has been the company’s home since its launch in 1966.

“Norwegian has been sailing from Miami for over fifty years, longer than any other cruise line, and we are honored to be partnering with PortMiami and Miami-Dade County to construct an iconic terminal that will contribute to Miami’s world famous skyline and strengthen its position as the Cruise Capital of the World,” Frank Del Rio, president and chief executive officer of Norwegian Cruise Line Holdings, said.

Del Rio informed that the terminal marks the latest step in the company’s efforts to strengthen its presence in strategic home ports around the world.

“The construction of a new cruise terminal with the capacity to berth an additional 5,000-passenger cruise ship represents thousands of jobs and increased opportunities for our community. We are grateful for Norwegian Cruise Line’s continued partnership,” Miami-Dade County Mayor Carlos A. Gimenez, said. 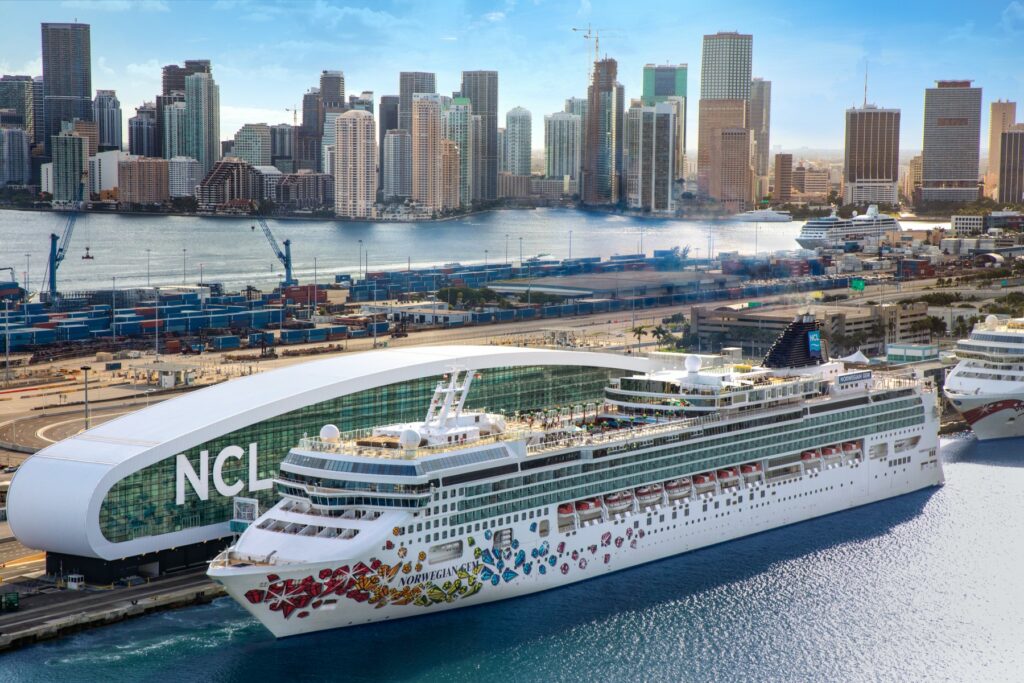