Stockholm-based Royal Institute of Technology (KTH), one of the partners in the Oceanbird development project, has tested the seven-meter long Oceanbird model with one wing on deck, in open water.

The wing sails are an essential part of the ship design, a wind-powered Pure Car and Truck Carrier (PCTC), aiming to slash emissions by 90 percent.

The focus of the test carried out in early October was the wing structure and keeping the rest as simple as possible, preparing for the big test in November.

“The main purpose of the test was to verify that the mechanical systems (wing actuation, structure etc.) were working as expected. The electronics was kept very simple. We controlled the wing, rudder and motors manually via Radio Control. In the coming tests, all of that will be controlled by an on board “brain” that will use wind sensors, GPS and a compass to decide how to change the sails and the rudder to follow a defined course,” said Ulysse Dhomé, Project Supervisor KTH.

Under the design concept, Oceanbird will be fitted with five wing sails, each at around 80 meters high, twice the height of those on the largest sailing vessels around today.

The ship is designed to be suitable for any deep-sea operations. The North Atlantic has been selected as the starting trade route for the ship.

Dhomé added that the boat behaved as expected, however, in low wind conditions.

“First, we were able to practice the mounting the wings, closing the hull, and launching. The mounting solution was easy enough to handle and works well, so we will use the same principle for the next three wings for the model,” he pointed out.

“We also learned about specific components. Some still had to be tested, and therefore we had prototyped them with 3D printers. Some of them failed because of the strength of the plastic. Before they failed, we could prove that the technical solution was good, and are able to go further in manufacturing the real metal pieces.”

The next big step for the model is to go sailing with four wings, when the model will be equipped with many sensors and an on-board computer to control the boat.

KTH expects to have everything ready at the beginning of November.

“Hopefully from mid-November, the boat is ready to sail almost every day and we can perform intensive testing!” he added.

The project development is led by Sweden-based Wallenius Marine.

The first full-scale vessel from the project is expected to be delivered at the end of 2024. 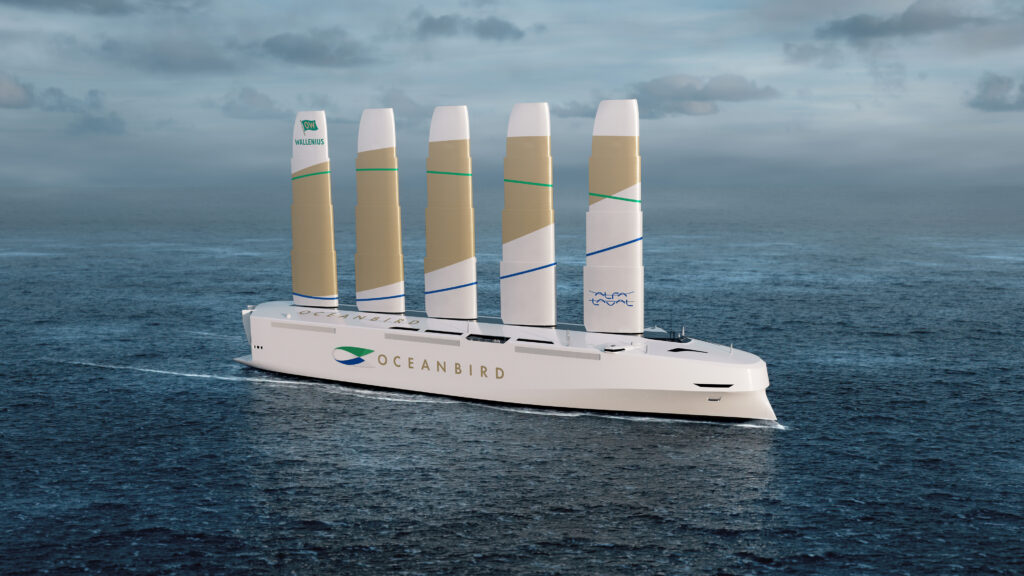