M. Kevin McEvoy, President and Chief Executive Officer, stated, “Our EPS was up 43% over the first quarter of this year, and up 29% compared to the second quarter of 2011. As expected, operating income margin improved sequentially in each of our operating segments. We achieved record quarterly ROV and Asset Integrity operating income.

“Our outlook for the remainder of this year remains very positive. Given this outlook and our year-todate performance, we are narrowing our 2012 EPS guidance range to $2.55 to $2.65 from $2.45 to $2.65, up slightly at the midpoint. Compared to the first half, we anticipate achieving higher operating income during the second half of 2012, principally due to our ROV and Subsea Products businesses. We continue to forecast operating income growth for all of our segments in 2012 relative to 2011.

“Compared to the first quarter, ROV operating income increased on the strength of higher demand for both drilling and vessel-based support services, notably in the U.S. Gulf of Mexico. During the quarter we put 13 new ROVs into service and retired 3. At the end of June we had 280 vehicles in our fleet, compared to 262 one year ago. During the second half of this year we expect to place into service 7 to 12 more new systems. We now anticipate adding a total of 25 to 30 new systems to our ROV fleet and retiring 5 in 2012.

“Subsea Products operating income rose on the strength of increased revenue and profitability from tooling. Subsea Products backlog at quarter-end was $621 million, up from our March backlog of $402 million and $405 million one year ago. The substantial increase in backlog was attributable to two large umbilical contracts we announced during the quarter.

“Subsea Projects operating income increased due to an escalation of work for BP off Angola. Asset Integrity operating income was higher on increased service sales in all of the major geographic areas we serve, markedly in Norway due to the acquisition we made in late 2011.

“Other expense, net, of $3.2 million for the quarter and $4.6 million year-to-date consisted primarily of foreign currency exchange losses, principally related to our Brazilian operations, as the U.S. dollar strengthened against the Brazilian real.

“For the third quarter of 2012, we expect a sequential improvement in operating income, principally from our ROV and Subsea Products business segments. We are projecting EPS of $0.75 to $0.80.

“Our liquidity and projected cash flow provide us with ample resources to invest in Oceaneering’s growth. During the quarter we generated EBITDA of $149 million, $265 million year to date, and for 2012 we anticipate generating at least $565 million. At the end of the quarter our balance sheet remained conservatively capitalized with $86 million of cash, $125 million of debt, and $1.6 billion of equity.

“During the quarter we purchased 400,000 shares of our common stock at a cost of about $19.4 million. And, as announced in April, we increased our regular quarterly cash dividend to $0.18 from $0.15 per share. These actions underscore our continued confidence in Oceaneering’s financial strength and future business prospects.

“Looking beyond 2012, our belief that the oil and gas industry will continue to invest in deepwater projects remains unchanged. Deepwater remains one of the best frontiers for adding large hydrocarbon reserves with high production flow rates at relatively low finding and development costs. With our existing assets, we are well positioned to supply a wide range of the services and products required to support safe deepwater efforts of our customers.” 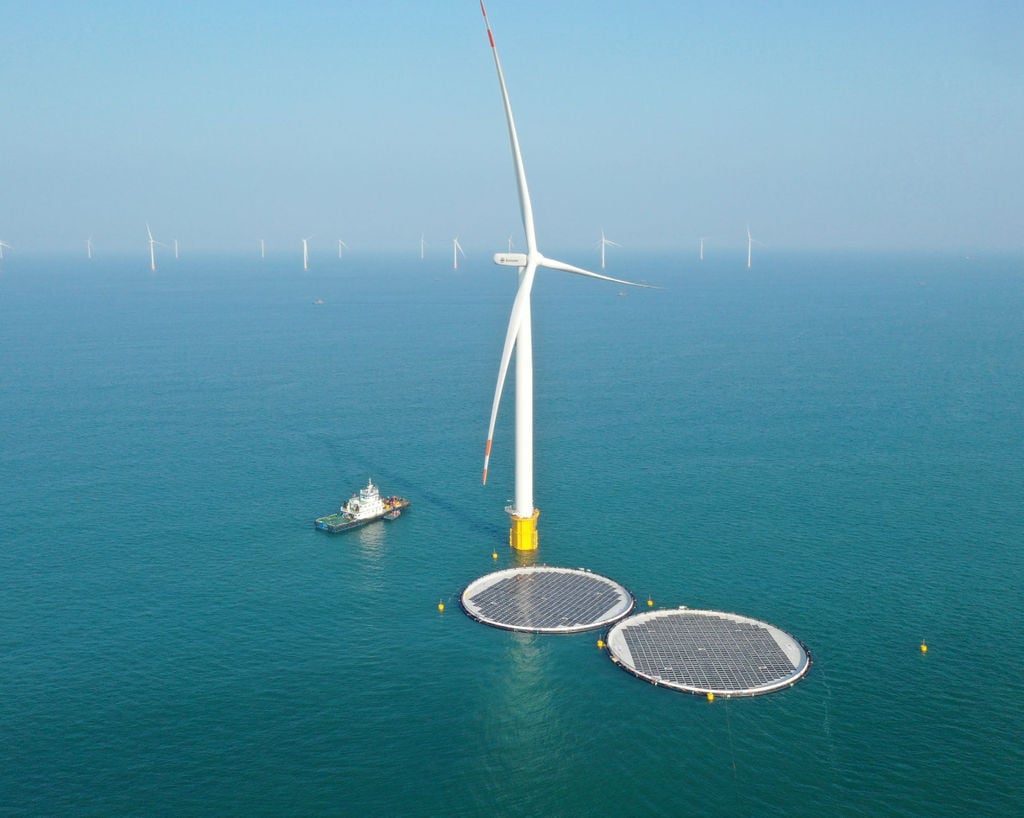