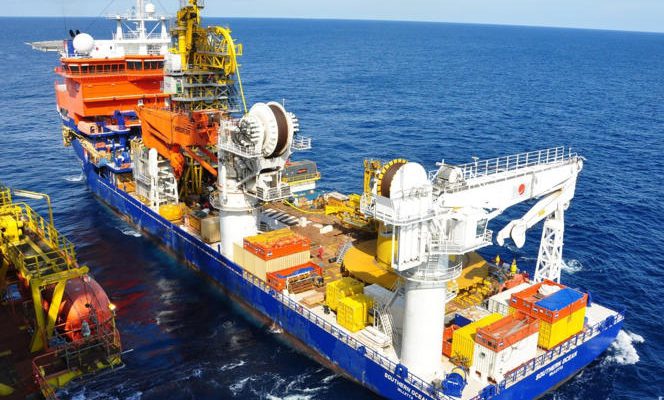 Dutch-Norwegian offshore vessel owner Oceanteam has secured support from its founders and former top management, the Halbesma family, for its refinancing plan.

Oceanteam has been facing substantial financial, legal and managerial challenges for some time now.

Following issues with its auditor and resignation of its founders, the father and son duo Hessel Halbesma and Haico Halbesma, things are slowly starting to look up for Oceanteam as the company recently found an investor ready to inject over NOK 20 million into the company and join its board in a bid to stabilize otherwise financially troubled company.

Oceanteam previously said that refinancing of the company was the only solution that can make the company solvent and enable it to avoid bankruptcy. If the company is unable to solve its financial problems, it will have to file for bankruptcy.

The company’s refinancing proposal entailed obtaining new cash equity funding from an investor with a strategic interest in the company.

With this in mind, Oceanteam earlier this week reached a preliminary agreement with Keesjan Cordia, a former owner and CEO of Seafox, to take a substantial shareholding in Oceanteam and to strengthen its board of directors.

The latest development, revealed by Oceanteam on Friday, is the agreement between Oceanteam and Halbesma family and the companies affiliated with them that has secured Halbesmas’ support for the proposed comprehensive refinancing plan.

The plan will be voted on as part of the agenda on the extraordinary general meeting of shareholders to be held on Friday, April 13, Oceanteam said.

The proposed solution requires the support of two-thirds of the shareholders and bondholders. It also requires that the company has settled certain outstanding issues with former board members and CEO.

Diederik Legger, Board Member of Oceanteam, said: “I am glad that the Halbesma family supports the refinancing plan for Oceanteam, the company that they have founded more than 10 years ago, enabling it to continue operations.

“The refinancing plan has proven to be the alternative to secure continuation of company’s business and has a broad support by the various stakeholders of the company.”

It is worth reminding that Oceanteam summoned the April EGM back in February. The notice of the meeting arrived on the same day as the violation charge from Oslo Stock Exchange related to breach of the company’s duty to disclose inside information to the market and other continuing obligations for stock exchange listed companies.

In addition to the election of a new auditor, one of the propositions on the meeting’s agenda will be the merger of Oceanteam with its Dutch unit as well as subsequent delisting from the Oslo Stock Exchange.

This was proposed in order to solve the company’s auditor situation and the associated risk of a value destructive, forced liquidation.

Depending on the outcome of the advisory vote, the board of directors will either continue with finalizing the cross border merger plan for approval to the shareholders, or stop activities related to the merger process.