ONE boxship loses over 30 containers in North Atlantic

A Japanese-flagged New Panamax containership lost more than 30 containers overboard in the North Atlantic on 7 January 2022.

The 13,900 TEU Madrid Bridge went adrift and suffered the container collapse while sailing to its next port of call in New York, the USA, according to data provided by VesselsValue.

At the time of the incident, the 2018-built boxship was serving the East Coast 4 (EC4) service of Singapore-based container shipping company Ocean Network Express (ONE).

“Our immediate priorities are to ensure the safety of the crew, the vessel and the cargo on board. Delays to the vessel’s schedule are expected,” ONE said in a statement.

Investigation into the incident is ongoing, the company added without sharing any further details.

Less than a month before this incident, another of the company’s boxships lost over 100 containers in inclement weather off the US coast. At the time of the incident, the 14,052 TEU ONE Aquila was en route to its next port call, the Port of Long Beach.

Back in 2019, the 8,614 TEU Helsinki Bridge, operated by ONE, also suffered a container collapse while sailing to Wilmington, USA.

Over the past two years, several thousands of containers were lost at sea in a number of incidents worldwide. Containers lost at sea represent a potential danger to maritime safety and are a threat to the environment, particularly with regard to the plastics they contain. 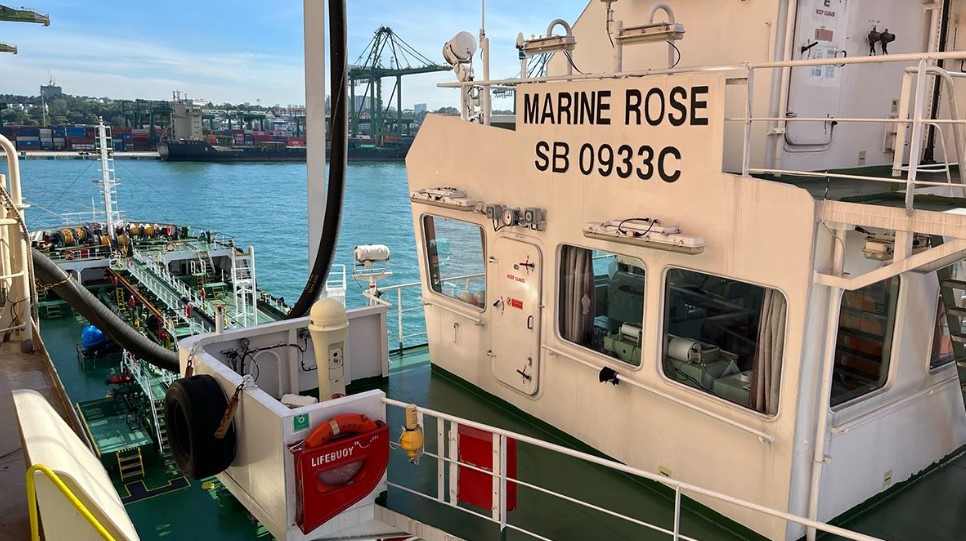