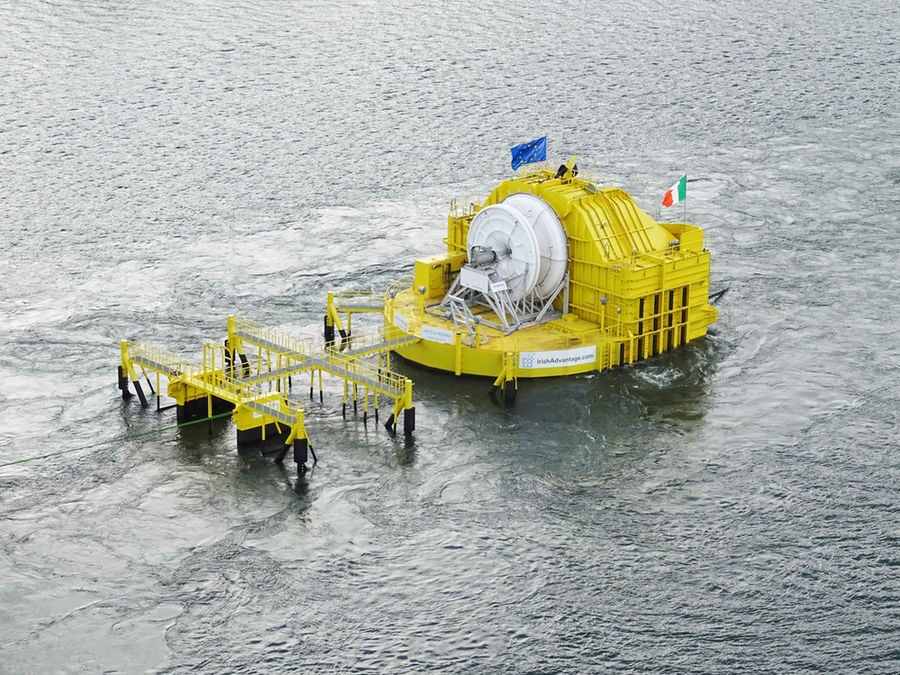 Back to overview
Home Marine Energy Op-ed: Tony Lewis on the exciting potential of wave energy

Op-ed: Tony Lewis on the exciting potential of wave energy

The following article is an op-ed piece authored by Tony Lewis, chief technology officer at OceanEnergy, an Ireland-based wave energy company which acts as the coordinator for the WEDUSEA project.

An ambitious project aiming to create a step change for wave energy sector has brought together 14 industry and academia partners from across the UK, Ireland, France, Germany, and Spain, who will work side by side to commercialize this emerging wave energy industry worldwide.

Short for ‘Wave Energy Demonstration at Utility Scale to Enable Arrays’, the €19.6 million WEDUSEA project has been part funded by the European Union’s Horizon Europe program and by Innovate UK, the UK’s innovation agency, and will be led by Irish company OceanEnergy.

The project will demonstrate a grid connected 1MW floating wave energy converter OE35 at the European Marine Energy Centre (EMEC) test site in Scotland, and is ultimately expected to is to create a technology deployment pathway for a 20MW pilot farm by achieving a significant decrease in the levelized cost of energy (LCOE) for wave energy industry.

Tony Lewis, a chief technology officer at OceanEnergy, also known as the ‘father of ocean energy’ who has dedicated his entire career to marine renewable energy, has shed more light on the potential of this clean energy resource and the expectations from the WEDUSEA project in his op-ed piece below.

It is really exciting to be starting work on the WEDUSEA project, after years in the planning. We are setting out to prove that wave energy can be commercialized and so the potential global impact of this partnership project is huge.

The prime sites for wave energy conversion are on the Eastern coastlines of the world’s oceans. The waves are generated by the wind, accumulating the energy and carrying it, with very little loss, across the ocean.

This means that the waves are concentrating the wind energy from the whole ocean surface and transporting it to the downwind coast as swell. Consequently, there are many occurrences where wave energy is available at the coastline during times of low wind locally, thus making a combined system of wind and wave energy converters less variable.

Typical areas of high wave energy resource are along the eastern coastlines of the Atlantic Ocean in Europe and Africa, in the Pacific Ocean along the North and South American coasts as well as a large number of offshore islands distributed throughout all of the oceans.

A highly reliable and robust construction

The OceanEnergy wave energy converter (OEBuoy) has the oscillating water column (OWC) as a floating system supported by a large, sealed buoyancy chamber. The OWC has an L-shaped configuration to house the oscillating water in a tunnel length compatible with the expected wave conditions at the deployment site and this shape reduces the necessary draft of the device.

The OEBuoy is a highly reliable system as there is only one moving part, which is the air turbine runner, located above the waterline, with all of the required electrical and ancillary equipment, housed within the watertight buoyancy chambers.

The construction of the OEBuoy uses steel and conventional shipbuilding technology making it ideally suited for mass production.

The WEDUSEA project is the natural progression of the OEBuoy development on the path towards commercialization. This project is an exciting development and will provide scale-up to a 1MW device to be deployed at a more exposed site – typical of future wave farm locations.

The basic layout of the WEC structure will build on the experience of the previous OE35 deployment at the US Navy’s Wave Energy Test Site (WETS) in Hawaii. The design will incorporate a number of innovations related to the power conversion system, the mooring system and the operations and maintenance strategy.

The consortium involved in the delivery of this project comprises some of the most experienced companies, research institutions and universities in the wave energy space.

There are many concepts for wave energy converters (WEC) but the one being developed by OceanEnergy is the OWC.

This compressed air is then directed through an air turbine located in the outlet ducting to the atmosphere. The falling wave pressure results in the air being inhaled back into the air chamber through the air turbine.

This type of turbine is called self-rectifying and a number of designs exist. The one being used in the WEDUSEA project is a Wells Aerofoil Turbine which is highly efficient during the reversing air flows.

The diameter of the air turbine outlet is significantly smaller than the surface of the enclosed water column and this results in a gearbox effect by speeding up the air flows through the turbine to be more compatible with electrical generator rotational speeds. As a result, no mechanical gearbox is required.

How the OEBuoy was developed

OceanEnergy has been developing the OEBuoy for a number of years progressively following the Ocean Energy Systems (OES) testing protocols and conforming to the evaluation and guidance framework requirements.

The device has been tested at small scale in laboratory wave tanks and then a one third scale device, rated at 40kW, was tested at the Irish test site in Galway Bay for over three years, co-funded by the European Commission.

This step-wise development through the technology readiness levels (TRL) has reduced the risks for future deployments. The present demonstration 35-meter long device was constructed using steel at the Vigor Industries shipyard in Portland, Oregon, with a rated capacity of 500kW. This OE35 device will be tested at the US Navy’s WETS during 2023.

The deployment will be for two years at the world renowned EMEC facility in Scotland, commencing in summer 2024. The WEC will be moored in 60-meters water depth and located about 5 kilometers from the shore. It will also be connected, via subsea cable, to the onshore electrical grid at Orkney.

This will be the largest grid-connected WEC of its type worldwide when in operation.

The successful demonstration of the OE35 in the WEDUSEA project will pave the way for future deployment of multiple devices in an array to form a wave energy farm. This will be the stepping stone to full commercial roll out for significant power station developments to be in line with the future targets of the European Commission’s Offshore Renewable Energy Strategy of 1GW of ocean energy by 2030.

WEDUSEA is the project that can finally unlock the enormous potential of wave energy.

The views and opinions expressed in this article are those of the author and do not necessarily reflect the official policy or position of Offshore Energy. 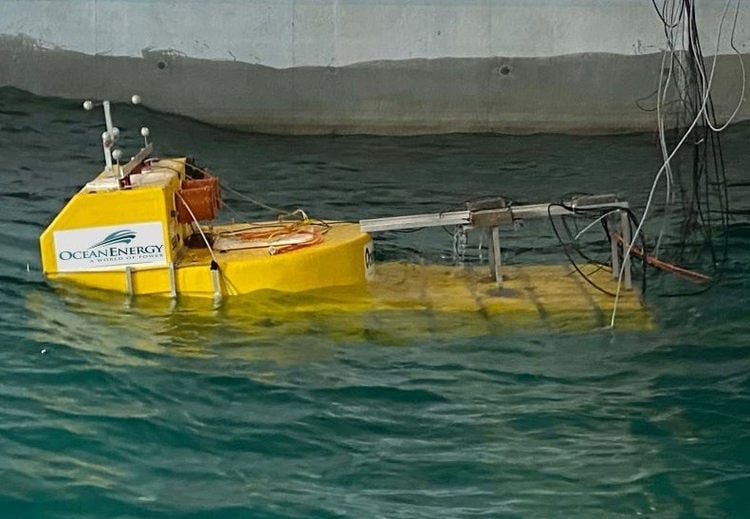