The Orbital O2 will comprise of a 73-meter long floating superstructure, supporting two 1MW turbines at each side for a nameplate power output of 2MW, at a tidal current speed of 2.5 m/s, Orbital Marine informed.

With rotor diameters of 20 meters, it will have a 600 square meters rotor area, the largest ever on a single tidal generating platform to date, the company claims.

For the first time, Orbital Marine’s system will feature 360-degree blade pitching control, which will allow safe, dynamic control of the machine’s rotors and enable power to be captured from both tidal directions without need to yaw the entire platform, according to Orbital Marine.

With the controllers able to support the installation of even larger blades in the future, Orbital Marine believes that, when launched in 2020, the O2 will be the most powerful tidal generating platform in the world.

Andrew Scott, CEO of Orbital Marine Power, said: “The Orbital O2 is a low-cost solution for future commercial projects and builds on the features which made the SR2000 an industry breakthrough. This optimized turbine will unlock tidal markets around the world at a competitive price point and provide regulators and investors with a new, predictable renewable energy option.”

The steel structure of the turbine has been simplified to reduce fabrication costs and futureproof the product for volume manufacturing. The new configuration also reduces the draught of the unit to less than 3 meters to ensure this utility scale machine can be towed and installed with modest sized workboats, according to Orbital Marine, formerly known as Scotrenewables Tidal Power.

The company’s first production unit will be funded with support from a live public debenture offer through the Abundance Investment platform, announced October 16, 2018, along with the European Horizon 2020 and Interreg North West Europe innovation programs.

The debenture offer has already raised close to 50% of its £7 million target, Orbital Marine said. 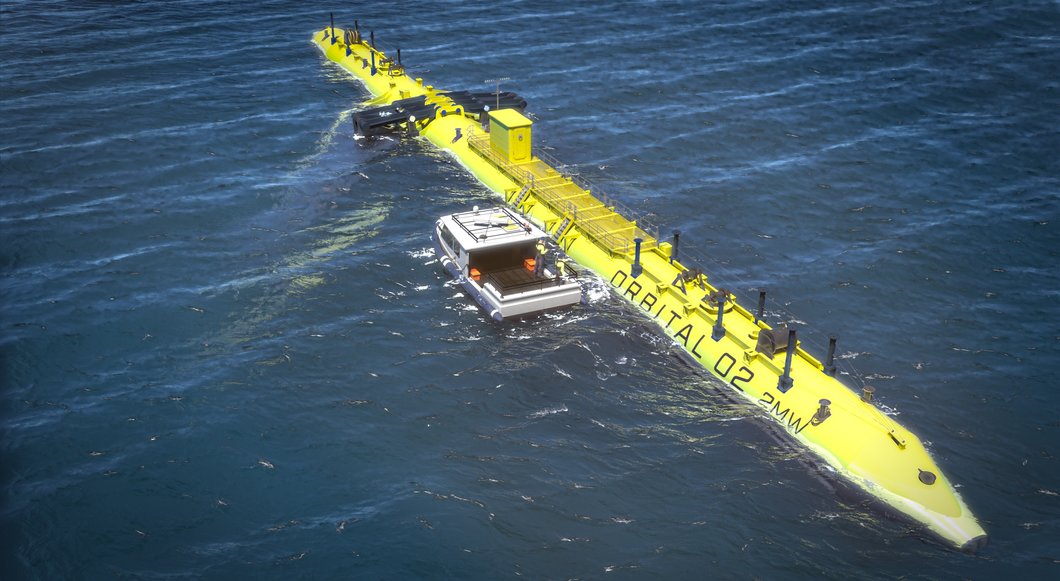