The award comes as decarbonisation of power generation gains prominence in the minds of consumers and policymakers internationally, according to MITC President Wade Merritt.

MITC is a partnership of the State of Maine and more than 300 businesses supporting international business development and foreign direct investment in Maine’s economy.

“ORPC has developed and brought to market an innovative solution that’s making a difference for rural communities worldwide”, Merritt said.

Marine energy could create 680,000 jobs and save 500 million tons of CO2 emissions, according to the International Energy Agency.

By providing fully renewable baseload power supply, the marine energy industry, is now ready to play a critical and essential role in achieving a 100% clean energy economy and net-zero emissions, according to ORPC.

John Ferland, ORPC’s president, said: “More than 2 billion people worldwide have limited or no access to electricity, and 700 million of them rely on diesel fuel to operate their local grids. As a result of the complex logistics of getting diesel to these remote communities, local electricity costs can be 10 times what consumers on utility-scale grids in the U.S. pay”.

ORPC said it responded to inquiries from 20 countries in just the last 12 months due to strong global interest in aggressive climate change mitigation and development of more localized and resilient renewable energy sources. According to ORPC, the global market is estimated at nearly $400 billion.

“Developing and deploying solutions to address the energy needs of remote and climate impacted communities, like those in northern latitudes, is critical to achieving both the Administration’s goal of a decarbonized electricity sector, but also to our commitment to ensuring energy and climate justice”, said Jenn Garson, acting program manager for outreach, engagement, and analysis in DOE’s Water Power Technologies Office. 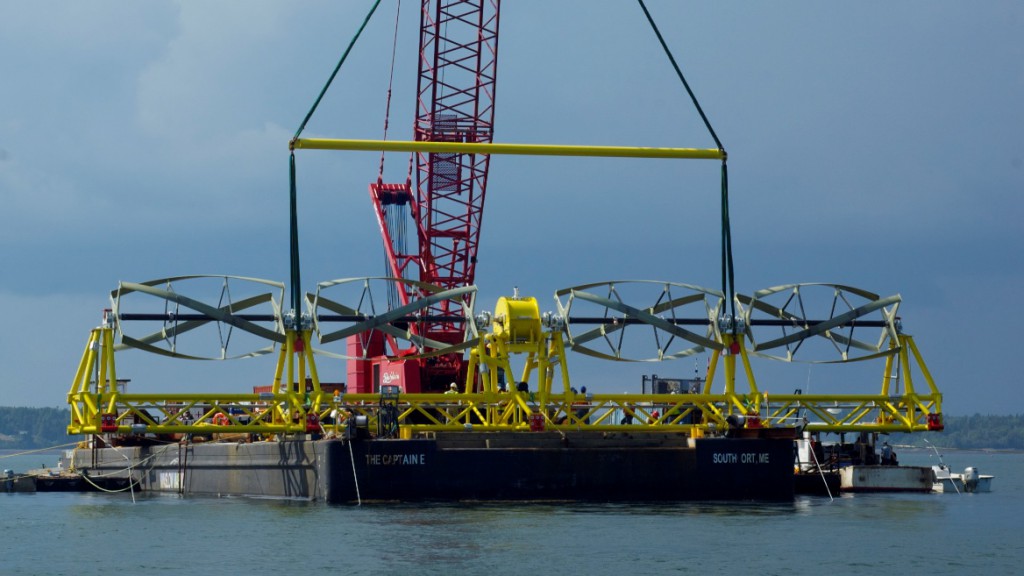 Subscribe now
Advertisement
Related events
Skill Session: How to be an innovator
All Energy
Europort
Exhibitors