Advertisement
Back to overview
Home Fossil Energy Petrobras: 17.000 people to be trained for work in oil & gas sector

Petrobras: 17.000 people to be trained for work in oil & gas sector

This Tuesday (May 6th), Paulo Sergio Rodrigues Alonso, the Petrobras CEO’s special advisor on local content and executive coordinator of Prominp (National Oil and Gas Sector Mobilization Program), revealed that a total of seventeen thousand people will be trained to work in the oil and gas sector between now and 2016.

The executive said this figure was reached by considering the demands of the 45 most important projects at Petrobras and the leading Brazilian shipyards. During the ‘Invest in Brazil’ event, promoted by Apex (Brazilian Trade and Investment Promotion Agency), linked to the Foreign Affairs Ministry, Alonso talked about the ten years that Prominp has been in operation. This event is being held alongside the Offshore Technology Conference (OTC), in Houston, Texas (USA).

“Prominp was established in 2003, with the goal of increasing the share of Brazilian suppliers of goods and services in oil and gas projects, both in Brazil and abroad. One of Prominp’s major areas of activity is professional training. In 2003 we were really short of oil industry professionals in many areas. Between 2006 and 2013 we trained 97,000 people; technicians, engineers and other professionals, to work for the sector in Brazil”, Paul Alonso explained.

He spoke about the company’s local content policy and stressed the importance of the Brazilian industry being able to offer its products on a competitive and sustainable basis and keep its focus on continual innovation. He emphasized that, “We must work together with suppliers and universities in Brazil and abroad. Innovation is a key aspect of our policy.”

Finally, the executive confirmed Petrobras’ policy of encouraging foreign suppliers to set up in Brazil and extended an invitation to the company representatives attending his talk. “Many foreign companies are bringing their brands to Brazil and they are having a lot of success. It is not an easy decision to make, since there are many variables to be considered, but don’t take too long to make up your minds, because the train is already moving fast”.

Materials manager talks about the demand for Petrobras equipment

At the same event, Petrobras engineer Ronaldo Martins, the company’s Materials Market Development manager, addressed the issue of supplying critical items and the registration requirements for Petrobras suppliers. To give an idea of the scale the company’s demand over the next few years, especially in view of the pre-salt layer, the engineer pointed out that 24 new production units will be needed by 2020 for the Santos Basin and Campos pre-salt fields alone. Of those, eight will be allocated to the Lula and Iracema fields and five to the Buzios field. Mr. Martins added that, “These projects and their respective requirements do not even include the Libra field”.

According to the 2014-2018 Business and Management Plan, the company will need, among other things, 873,000 tons of pipeline. The number of pumps and subsea Christmas trees (set of valves installed on an offshore well) were also mentioned, among other company requirements over the coming years, which are all included in the plan. Mr. Martins emphasized that, “These are very significant numbers”.

Ronaldo Martins also talked about the importance of working with suppliers to develop cutting-edge technology. “We now have the flexible riser technology for up to 2,200 meters and we want to go deeper. We always work closely with the flexible riser manufacturers; there are just three worldwide and they are all in Brazil,” he told us.

The engineer showed us how to become a Petrobras supplier, presented the Petronect portal (www.petronect.com.br) and reinforced Paulo Alonso’s invitation to foreign companies by saying, “Due to the scale of our project portfolio, there are enormous opportunities for foreign companies in the Brazilian goods, services and engineering supplier market.” 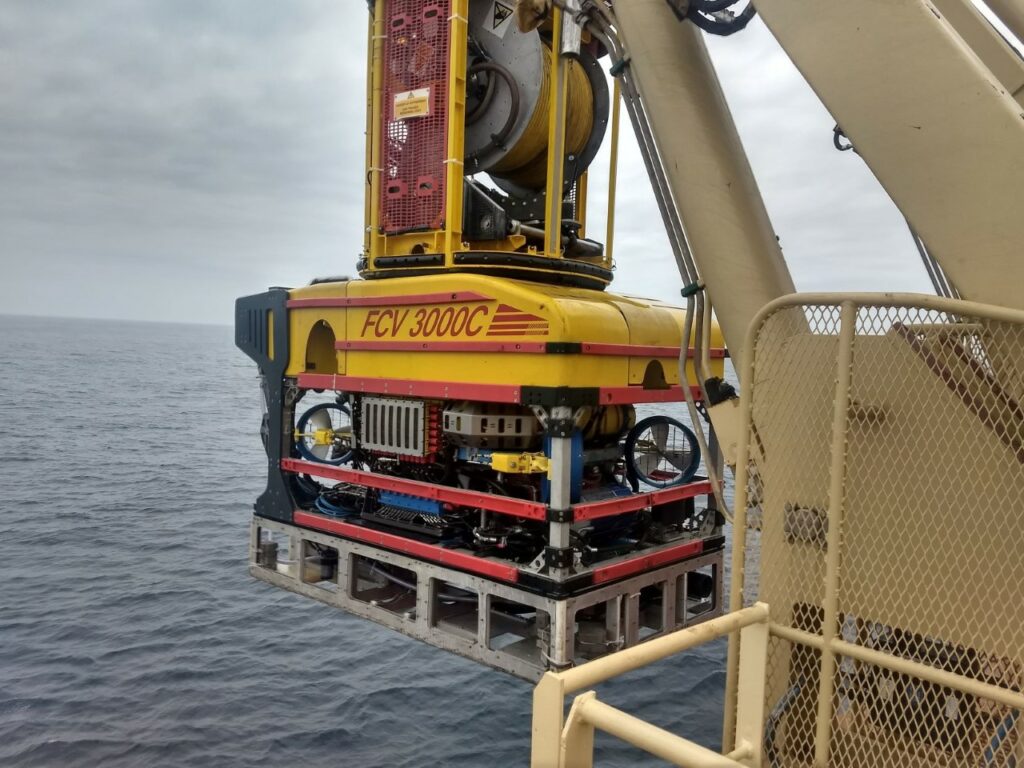