Back to overview
Home Other renewables Photo of the day: IHES prototype shaping up for ocean splash

Photo of the day: IHES prototype shaping up for ocean splash

Built as part of Integrated Harvesting Energy System (IHES) project, the ‘mid-power autonomous power supply’ configuration will be tested for 18 months at SEM-REV site of the Ecole Centrale de Nantes.

The manufacturing of the 150kW platform started in June 2018 by GEPS Techno‘s long-standing partners, including Mécasoud responsible for hull manufacturing, STX France for painting and quality control, SNEF for outfitting and ENTECH Smart Energies for energy conversion.

This type of platform is intended for oil and gas, marine renewable energy, mining and aquaculture sectors, GEPS Techno said.

The construction of the device is supported by the first stage completion of a fundraising campaign at the end of April 2018, and an on ongoing fundraiser at finple platform – which has so far secured €1.6 million for GEPS Techno. 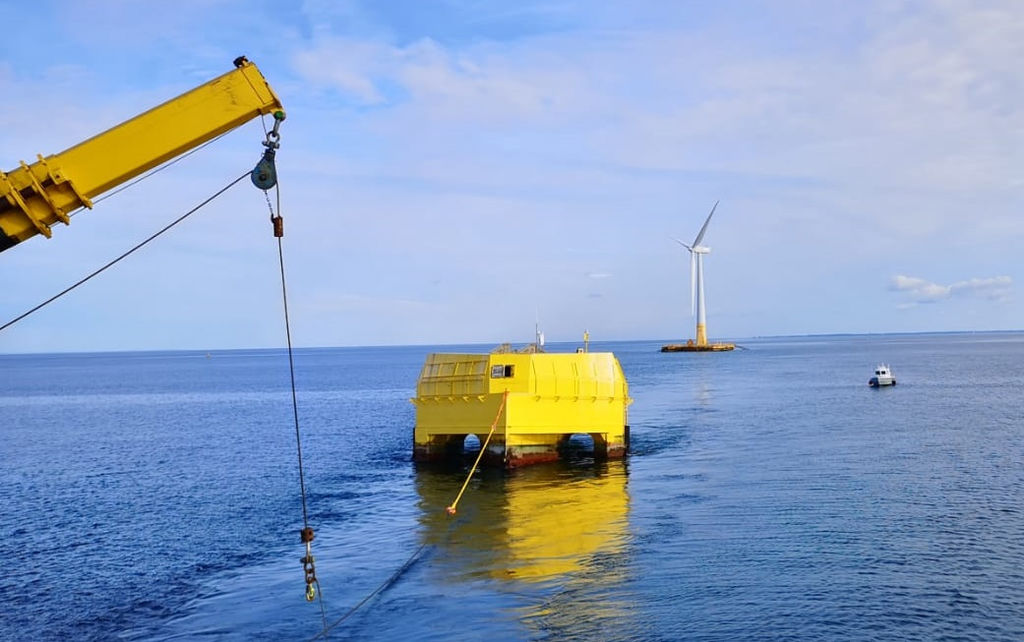