The fuel tanks of the giant ore carrier that ran aground and developed a heavy list last week some 100 kilometers off the coast of São Luís, in the state of Maranhão, Brazil, remain intact, according to the ship’s owner Polaris Shipping.

The South Korean shipping company reportedly told Brazilian miner major Vale that the fuel tanks are located on the stern of the vessel, on the opposite side of the damaged area. As informed earlier by Polaris, the ore carrier experienced bow damage that led to its grounding.

The 2016-built MV Stellar Banner ran aground on February 24 while on its way out of the access channel of Ponta da Madeira maritime terminal, heading to Qingdao, China, loaded with 275,000 tonnes of iron ore.

The 20 crew members were evacuated from the vessel as a precautionary measure.

There are growing fears that the incident might result in an oil spill, and the involved authorities, including Vale, the operator of the port and charterer of the vessel, are undertaking preventive measures to avoid such a scenario.

As of Saturday, two oil spill recovery vessels (OSRVs) mobilized with support from Brazilian oil major Petrobras arrived at the site where the MV Stellar Banner is stranded.

The OSRV vessels were requested from Petrobras with the aim of containing any oil leakage.

The company has also requested that salvage specialists be hired in addition to Ardent Global, contracted by Polaris Shipping, to remove the ship’s fuel oil and prevent potential pollution.

Ardent Global was last reported to be on site carrying out an inspection of the structural conditions of the ship, with four tugs standing by for support and response, in case of cargo or fuel oil leaks.

The colossal bulker has been surrounded by a 200 m barrier made of buoys suitable to contain oil in the sea, Vale added.

As part of preventive measures, the Brazilian Institute of the Environment and Renewable Natural Resources (Ibama), has been asked to displace response ships and other containment equipment off the coast of Maranhão. 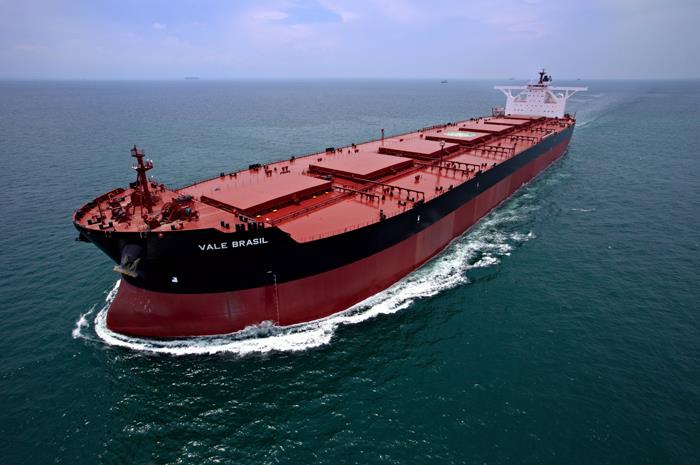