Bilfinger Mars Offshore is installing a 120-metre-tall crane at its site in the port of Szczecin which will be used to support the fabrication of steel offshore foundations including transition pieces, jackets and monopiles, and to load them onto pontoons.

The Goliath crane was built by Van Haagen Kraanbouw in the Netherlands and transported to Bilfinger’s fabrication site where the heavy lifting specialist Mammoet successfully lifted up the Goliath crane for its installation.

Mammoet constructed a tailor-made gantry with a height of 127 metres especially for this project – the tallest gantry every built by the company in Europe – to execute this unique lifting operation.

Gantries normally raise loads from an overhead beam between two supporting towers. This project was unique because the load – the Goliath crane – was assembled around the gantry before it was raised into place. Hence the gantry was at the center of the construction and was used to literally raise the Goliath crane onto its legs.

At this stage of construction the Goliath crane had a weight of 1,200 tons. Its four legs were tailed while Goliath’s main crane girders were raised by the gantry – introducing the challenge of dealing with four additional points affecting the forces on the gantry and its stability.

Now installed on its wheel sets, Goliath is one of the largest gantry cranes in Europe standing over 120 metres tall with a total weight of 1,800 tonnes and a lifting capacity of 1,400 tonnes. 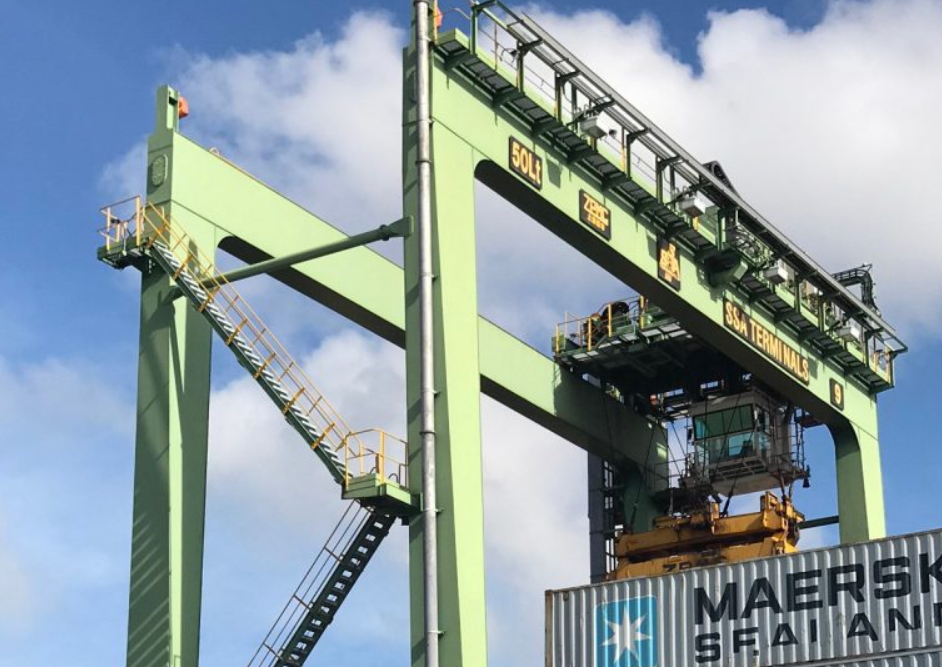