Accordingly, the challenges for placing 35cm LNG tanks have been met by locating them in the forward section of the hull, below a raised section of deck.

The tug is said to be able to develop a speed of 16 to 18 km/hour when pushing the normal two barge tow loaded. Its main engines are a pair of 720 KW Mitsubishi diesel engines retrofitted so as to be able to use LNG.  Based on the design the forward skeg of the hull would include a gas fuelled generator and a bow thruster. 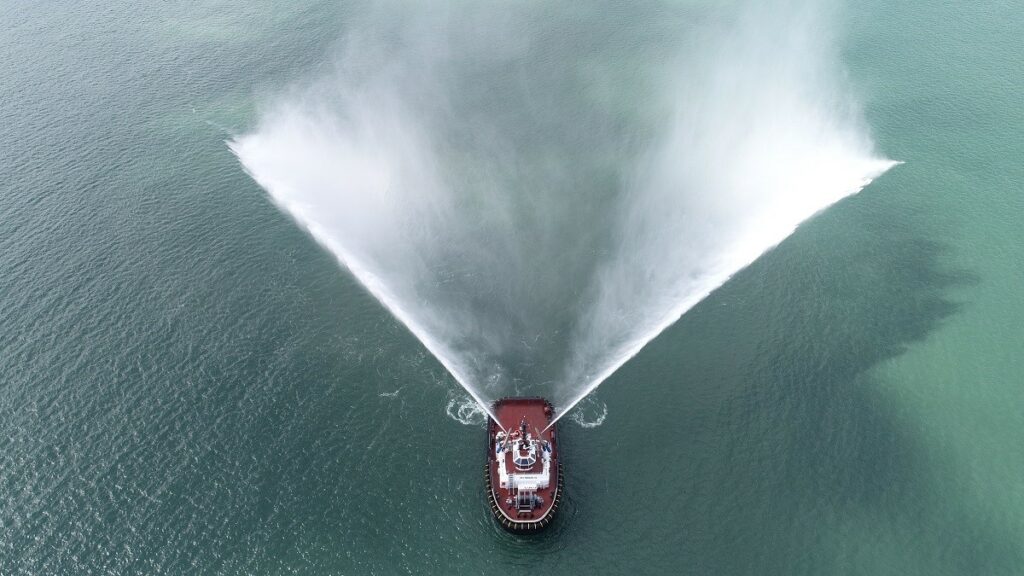