Port of Antwerp-Bruges aims to become ‘energy gateway’ to Europe

Belgian ports of Antwerp and Zeebrugge will from now on continue their growth trajectory under one name — Port of Antwerp-Bruges.

On 22 April 2022, the two cities signed the shareholders’ agreement of the unified port company.

Now, Port of Antwerp-Bruges is sharing the concrete manifestation of its ambition – to become a world port that reconciles economy, people and climate – with the rest of the world.

In February 2021, the City of Antwerp and the City of Bruges announced the launch of the merger process for their respective ports.

Today, this unified port provides 74,000 direct and 90,000 indirect jobs and with an added value of nearly €21 billion or 4.5% of Belgian GDP, is by far the largest economic engine in the country.

Europe’s largest export port, the Port of Antwerp-Bruges will also be the largest throughput port for vehicles, the largest integrated chemical cluster and one of the leading container ports in Europe.

Port of Antwerp-Bruges has the express ambition of becoming the first global port to reconcile economy, people and climate. The unified port plans to further strengthen its position in the international logistics chain, take a leading role in the energy and digital transition, and at the same time create sustainable added value for society as a whole.

Pioneer in hydrogen and CO2 reuse

Port of Antwerp-Bruges intends to anchor its position as a green energy hub and help shape the energy transition towards a sustainable future.

The unified port will continue and extend its pioneering project for the capture, storage and reuse of CO2. Via [email protected], the first 2.5 million tons of CO2 will be captured from industry on the port by 2025.

This CO2 will be stored and eventually reused as a raw material for a wide range of applications.

In addition, the combination of Antwerp’s position as the second-largest petrochemical cluster in the world and the coastal position of Zeebrugge provides an opportunity to take a leading role in the roll-out of the hydrogen economy. ​

By 2028, Port of Antwerp-Bruges plans to have the capacity to receive the first green hydrogen molecules on its platform. To this end, it is working to expand terminal capacity for existing and new hydrogen carriers at both port sites.

A hydrogen pipeline between the two sites and towards the European hinterland will ensure that the port area as a whole and, by extension, Belgium and a large part of Europe, can make use of this important carrier for renewable energy.

Finally, Port of Antwerp-Bruges said it will offer various peerless strengths in innovation and digitisation that will make the logistical chain not only more efficient, but also safer and more reliable.

“The unified port is not only the economic engine of Flanders, buttogether, the ports of Antwerp and Zeebrugge will also form the largest export port, largest throughput port for vehicles, and the leading chemical hub in Europe,” Annick De Ridder, Vice-Mayor of the City of Antwerp and President of the board of directors of Port of Antwerp-Bruges, commented.

“At the same time, Port of Antwerp-Bruges has major ambitions to become the energy gateway to Europe as a ‘green port’.”

In the current geopolitical and macroeconomic context, the merger is said to be a golden opportunity to put the Antwerp and Zeebrugge port sites, and by extension Flanders, in an even stronger position on the world map.

Port of Antwerp-Bruges will capitalise on the strengths of both port locations and focus its strategy on containers, breakbulk, RoRo traffic and chemicals.

Moreover, Port of Antwerp-Bruges aims to play a crucial role in major freight flows and reinforce its position as one of the main gateways to Europe.

The unified port has also become Europe’s largest export port – with 147 million tons/year – making it a global heavyweight. As a leading container port by tonnage – with 159 million tons/year – Port of Antwerp-Bruges aims to meet the need for container capacity due to global growth and recent developments in the international logistics chain.

By focusing on bolstering interconnectivity between the Antwerp and Bruges sites and achieving economies of scale in the area of digitisation, the unified port will contribute to the efficiency, reliability and sustainability of the logistics chain. 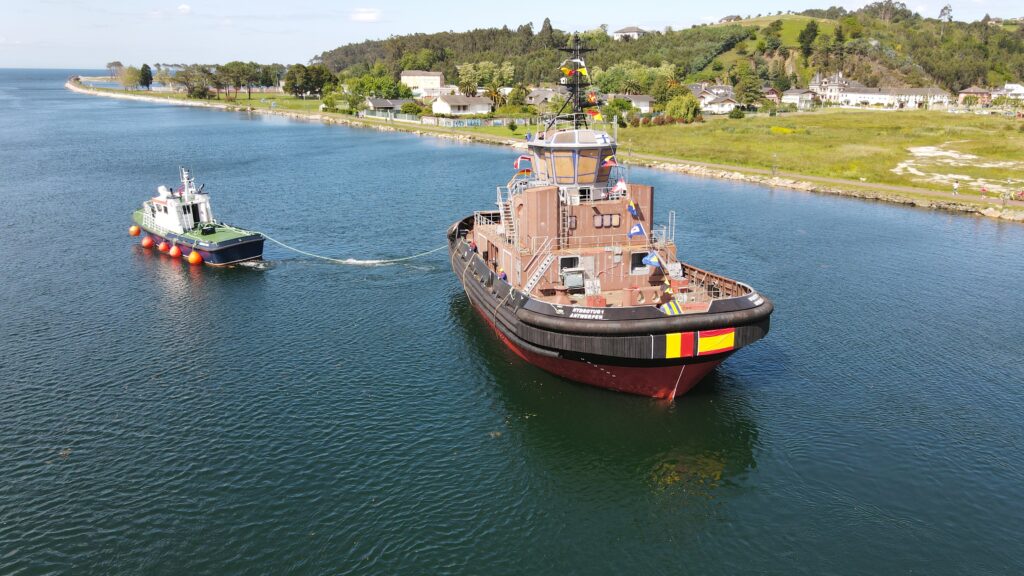