Port of Felixstowe All Set for Latest Phase of Expansion

Hutchison Ports Port of Felixstowe has decided to award a contract for its latest phase of expansion to VolkerFitzpatrick Limited.

Under the contract, set to be awarded on September 15, VolkerFitzpatrick Limited will be appointed to undertake the design and construction of some 13 hectares of paved container yard directly behind Berth 9. The work will include the reclamation of 3.2 hectares of seabed behind the existing finger pier.

Completion of the new container yard, which will comprise ten container blocks and allow 6-high stacking, is scheduled for early 2019. The yard will add 18,000 TEU of stacking capacity to the 130,000 TEU already available at the UK’s largest container port.

“Berths 8 and 9 were the first berths in the UK built to accommodate the latest class of ultra-large container vessels. The creation of additional container storage will allow us to optimise container handling operations between the berth and its supporting yard and further enhance the service we offer to our customers,” Clemence Cheng, Executive Director, Hutchison Ports, said.

The work will further enhance Felixstowe’s ability to handle the world’s largest container ships. The port welcomed its 100th mega vessel of the year when the 18,270 TEU Matz Maersk arrived at the port on September 14, 2017 from Bremerhaven.

Matz Maersk is operated by Maersk Line on the 2M Alliance’s AE10/NEU2 service between Europe and Asia. 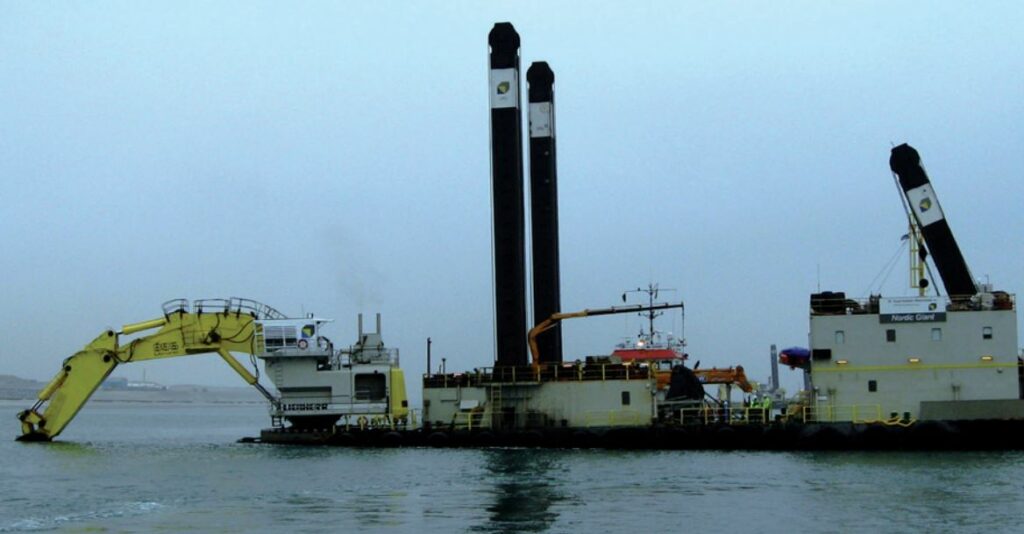