It has been confirmed that the world’s largest container ships – Triple E – will call at the Port of Gothenburg, Sweden. The ships, which can carry 18,000 containers, are currently being built at a shipyard in South Korea. The first call will be in August.

Test runs have been taking place at the Port of Gothenburg for some time to simulate a call by Maersk Line’s new ship generation, Triple E.

“The test runs have proved successful and it is very exciting that what we have simulated will now become a reality. We are ready to welcome this new generation of container ship,” says Magnus Kårestedt, Port of Gothenburg Chief Executive.

The Port of Gothenburg is one of the few ports in Northern Europe that has fairways that are sufficiently wide and deep and cranes that are sufficiently large to receive Triple E ships. Ships which up to a year or so ago were the largest in the world – Emma Maersk and her sister ships – already call at the port. They can carry 14,000 containers. These will now be gradually replaced by Triple E ships to service one of the routes between the Port of Gothenburg and the Far East.

“Increased capacity on deep-sea services between Sweden and Asia is positive for Swedish industry. This is where trade flows are increasing whilst European flows are still reporting a poor rate of growth,” states Magnus Kårestedt.

EEE or Triple E stands for Economy of Scale, Energy efficient och Environmentally improved. The ships will emit half as much carbon dioxide on the Europe/Asia service compared to the average. When the day comes for the ships to be taken out of service, all material can be recycled. The engines and hull are adapted to slow-steaming, i.e. lower speed, which saves fuel. 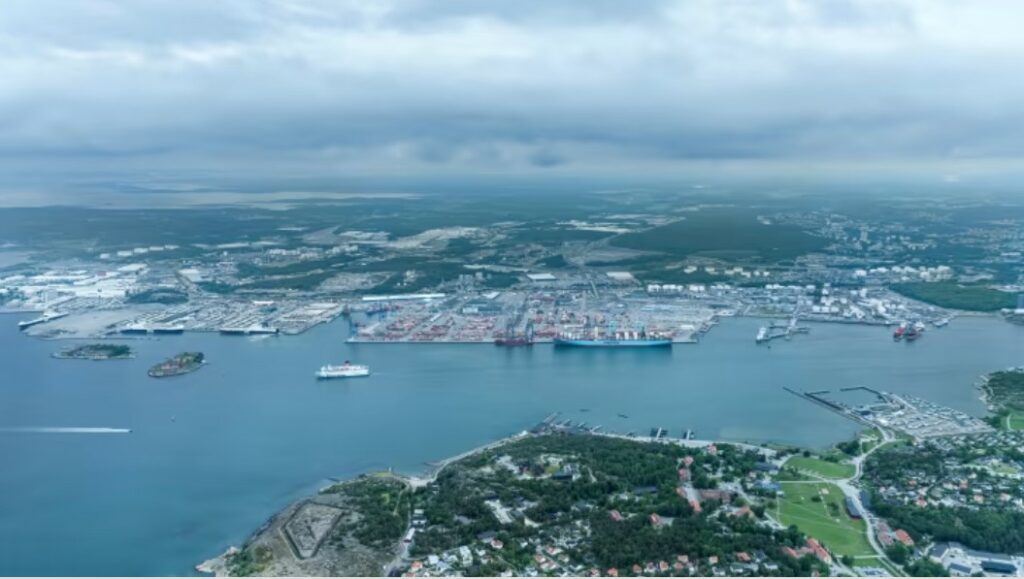