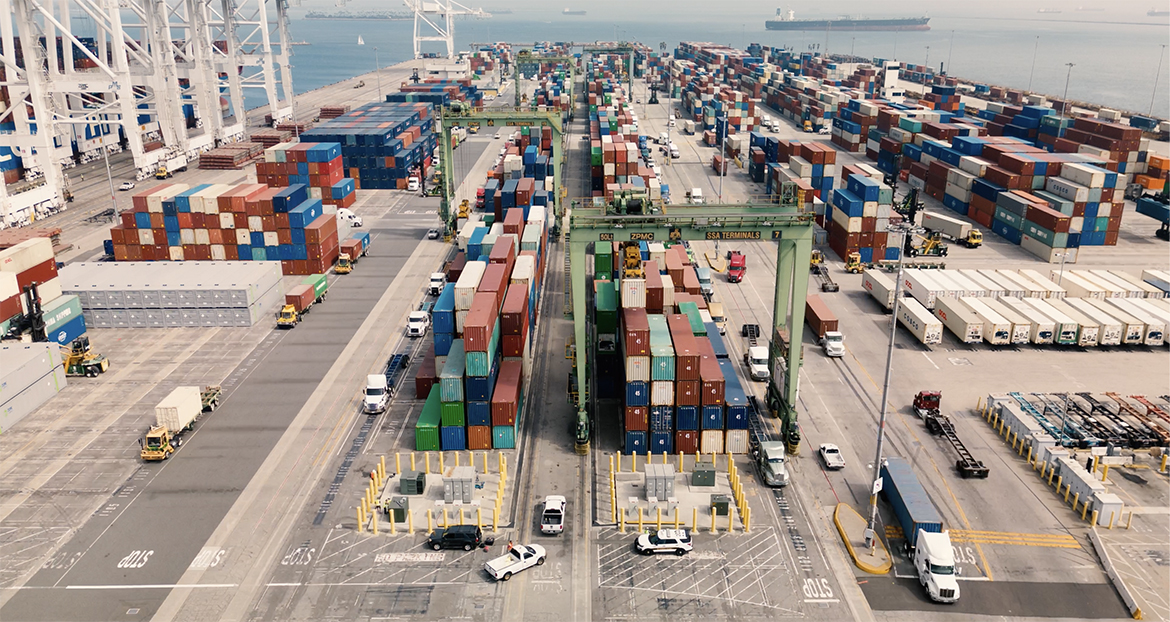 The Port of Long Beach has trialled new electric cranes with the aim to achieve the goal of a zero-emissions cargo handling fleet by 2030.

The demonstration at SSA Marine Pier J is part of the Zero-Emissions Terminal Equipment Transition Project, which is funded in large part by a $9.7 million California Energy Commission grant.

As part of the project, SSA retrofitted nine of its existing diesel-powered rubber-tired gantry cranes to run on electricity, recently completing the last one.

The port, the CEC and Southern California Edison partnered on the project to put into daily service 25 vehicles that are zero- or near-zero emissions at three of the port’s marine terminals.

“In the decades since we created the Green Port Policy, our ambitions have grown from cleaning the air for our community to showing the world it’s possible to do that everywhere,” said Port of Long Beach Executive Director Mario Cordero.

“These demonstrations are designed to commercialize heavy-duty zero emissions equipment and vehicles to combat pollution but also to fight climate change, the effects of which we are seeing in the news almost every day.”

The Zero-Emissions Terminal Transition project is anticipated to annually reduce greenhouse gases by more than 1,323 tons and smog-causing nitrogen oxides by 27 tons.

In 2017, the ports of Long Beach and Los Angeles approved an update to their Clean Air Action Plan, setting a goal of transitioning all terminal equipment to zero emissions by 2030 and drayage trucks by 2035.

First announced in January by C40 Cities, the ports of Shanghai and Los Angeles, and key maritime stakeholders, this green shipping corridor will be a big step toward decarbonising shipping between the busiest ports in China and the United States.

Moreover, it is one of the first green maritime routes announced following the signature of the Clydebank Declaration at COP26. 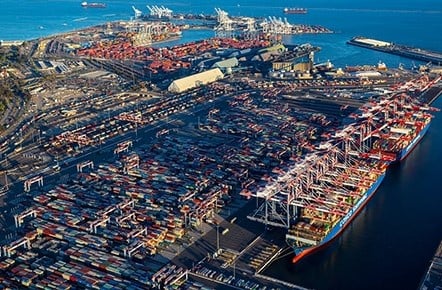