Port of Montreal Can Now Power Cruise Ships with Electricity

The Montreal Port Authority (MPA) has completed its shore power project allowing vessels that dock at the port’s new cruise terminal to be powered by electricity.

This two-pronged project, the first green initiative of its kind in Quebec, is expected to reduce greenhouse gas (GHG) emissions by 2,800 tonnes per year, according to the port.

The project, which had a total cost of CAD 11 million, was rolled out in two phases. The first was shore power for wintering vessels and the second, for cruise ships. In 2016, the MPA developed four power supply stations at berths 25, 27, 29 and M2 for vessels that winter at the port.

Carried out in 2016 and 2017, these works led on July 29 to the successfully completed, first ever connection to Holland America Line’s cruise ship, the ms Veendam.

“Now completed, this shore power project will result in a significant reduction in greenhouse gas (GHG) emissions, offsetting virtually all the GHG emissions for which the MPA is responsible,” Sylvie Vachon, President and CEO of the MPA, said.

As part of the rehabilitation of Alexandra Pier and the cruise terminal, the MPA had the necessary equipment installed to provide shore power for cruise ships, working with its technical partners.

To provide a sufficiently powerful power supply for cruise ships, Hydro-Québec installed a new 25 kV line to supply the new substation installed at the cruise terminal in 2016. For its part, Schneider Electric designed and built the equipment needed to install the electrical substation. 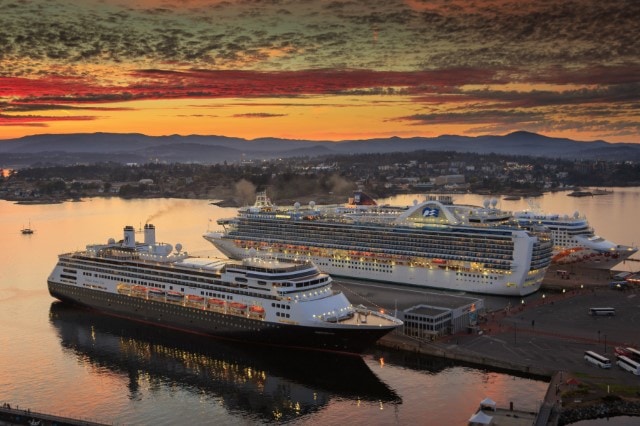