The decrease enabled the port to achieve Green Marine level 5 performance – a 45.3 per cent reduction in intensity since the 2007 control year, the port authority said in its latest sustainable development report.

“Ten years ago, the Montreal Port Authority adopted its first Sustainable Development Policy to spearhead a common vision, lay the foundations of a strategy for the future and define clear and concrete objectives to better preserve the environment and fit into the community. It is with pride that we take stock of our actions for sustainable development in 2019, closing our first decade marked by this strong commitment,” Sylvie Vachon, President and Chief Executive Officer, MPA, commented.

“Having earned a perfect score this year in the Green Marine voluntary environmental certification program for the North American shipping industry, we are pleased to see the results of our sustained efforts making a difference on several levels.”

In all, 145 sustainable development actions were taken in 2019. These included measures to protect at-risk species, planting 750 trees, installing a new electrical connection for a decommissioned vessel and the launch of an urban beekeeping project.

With a view to reducing air pollution, the MPA continued to offer ships calling at the port a liquefied natural gas (LNG) refuelling solution as well as shore power systems.

Port of Montreal Can Now Power Cruise Ships with Electricity

What is more, the number of LNG fuelling operations increased from four in 2017 to 42 in 2019. The 74 LNG bunkering operations carried out in less than three years prevented 21,000 tonnes of GHG emissions, according to the MPA.

The MPA also turned to artificial intelligence to reduce greenhouse gases emitted by port trucking. Through its Trucking PORTal application, a new predictive version of which was launched in 2019, the MPA provides truck waiting times at its terminals 24 hours in advance. This information, accessible both online and through a mobile application, makes it possible for drivers and dispatchers to monitor truck traffic at the Port and, by planning trips around peak activity, reduce the overall carbon footprint of trucks at the port. An initial assessment of this initiative’s beneficial impacts found a six-minute reduction in the total processing time for trucks (from the time they entered the port to the time they left) and a drop of over 200 tonnes of GHGs annually compared to 2018, despite an 8 per cent increase in trucks coming to the port compared to 2018.

For the MPA, 2019 was a sixth consecutive record year in terms of tonnes of goods handled. The total volume of goods reached 40.6 million tonnes, up 4.3 per cent from 2018.

The dry bulk sector posted a strong increase of 17 per cent over last year with a total of 9.2 million tonnes, mainly due to the resumption of operations at the grain terminal following a labour stoppage in 2018.

The liquid bulk sector remained stable compared to last year with 16.2 million tonnes handled. The non-containerized cargo sector dropped 33.5 per cent, to 123,000 tonnes of cargo, mainly due to the end of handling oversized parts for the new Samuel-de-Champlain Bridge.

The MPA’s operating revenues reached CA$130 million, a 5 per cent increase over 2018, while expenses amounted to $99.3 million. Factoring in investment income, net earnings were $31.9 million.

The current health and economic crisis is not without consequences for the Port of Montreal.

“Port activities generate positive economic returns for businesses, workers and citizens. Thanks to the collective strength that unites stakeholders in the supply chain, the Port of Montreal is fulfilling its mission despite the most unpredictable challenges, such as the COVID-19 crisis, which has severely tested the social and economic balance,” Vachon said.

As a result of recent directives from the Government of Canada, the cruise season in Montreal was cancelled. As for cargo volumes handled, after a solid first quarter, the MPA has been experiencing signs of a slowdown on its docks since April, but the intermodal chain remains fully mobilized.

For the year 2020, the MPA projects a 12 per cent drop in freight traffic compared to last year. This decline should be followed by a recovery at the end of the year and into early 2021, the MPA further said.

Operated by the MPA, the Port of Montreal is the second-largest port in Canada and a diversified transshipment centre that handles all types of goods: containerized and non-containerized cargo, liquid bulk and dry bulk. 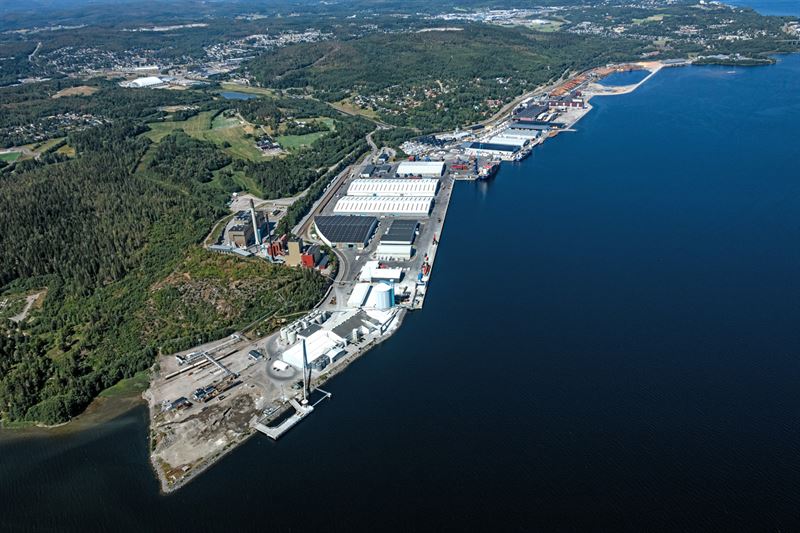