A container terminal has been planned for Australian Port of Newcastle, the world’s largest coal export port which is now ready to diversify.

The new CEO of the port, Craig Carmody, has committed the Port of Newcastle to developing “a world-class container terminal” to boost jobs and business opportunities in the Hunter region and reduce the number of trucks on Sydney’s roads through expanded use of Newcastle’s rail connectivity.

As informed, the port has developed the concept for a staged container terminal development at the Mayfield site — the largest vacant port land site on the eastern seaboard of Australia.

The site has the capacity for a 2 million TEU per annum container terminal, coupled with a shipping channel that can accommodate vessels up to 10,000 TEU, with the capability of even larger vessels with some ancillary channel modifications.

However, the New South Wales Government has opposed the construction of the terminal by imposing a restriction on port competition. The Australian Competition and Consumer Commission (ACCC) is currently investigating the artificial constraint on the Port of Newcastle by the NSW government restricting the development of the container terminal.

“The potential for a container terminal in Newcastle to diversify and grow the NSW economy is far bigger than the NSW government seems to realise. We are already exploring a range of options based on global best practice and I am looking forward to discussing our plans with the State government and port developers who have expressed an interest in this exciting project,” Carmody said.

“We have already received interest from domestic and global players who want to develop a state-of-the-art container terminal (…) However, we cannot proceed while the NSW government imposes an artificial restriction on port competition,” Carmody added.

“Newcastle is proud to be the world’s largest coal port, but we are also realistic about coal’s declining prospects in decades to come. That is why we are committed at the Port of Newcastle to playing a major part in the Hunter region’s growth and diversification strategy through the development of a container terminal,” Carmody concluded. 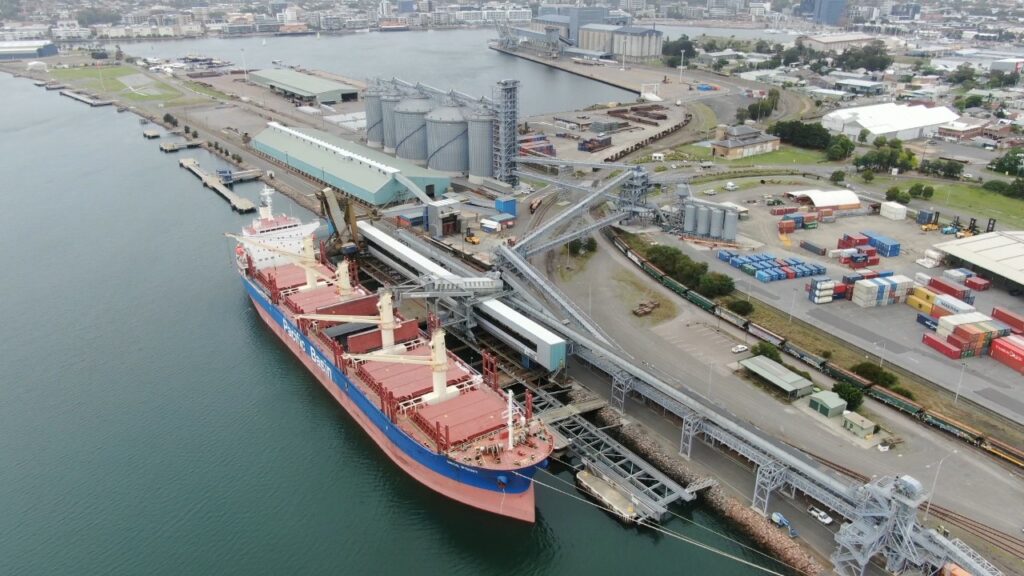