Advertisement
Back to overview
Home Marine Energy PTEC teams up with Schottel, Tocardo

PTEC teams up with Schottel, Tocardo

Perpetuus Tidal Energy Centre (PTEC) has partnered up with tidal turbine manufacturers Schottel Hydro, and Tocardo, who will deploy their technologies off the Isle of Wight, UK.

The 30MW PTEC project, to be created off the Isle of Wight, will allow long-term operation of Schottel Hydro and Tocardo turbine arrays, simultaneously optimizing their performance and delivering reliable electricity to the grid.

The project has received all key consents earlier this year, according to PTEC, and is now a step closer towards delivery with full operations expected to begin from 2020.

Mark Francis, PTEC Project Director, said: “We are currently working with Schottel Hydro and Tocardo to identify the optimal site layout and designs, taking into consideration the outputs of our Environmental Impact Assessment and consented envelope. These decisions will be finalized in due course, with onshore construction scheduled to begin next year.”

Schottel Hydro will be participating in the project through its UK subsidiary TidalStream, PTEC said.

Niels Lange, Managing Director at Schottel Hydro, said: “It is a privilege to be part of the largest consented tidal stream energy project in England and Wales. We are excited to join such a ground-breaking development and world-class team and look forward to seeing PTEC drive the development of tidal power both in the Solent area and, indeed, worldwide.”

Hans van Breugel, CEO of Tocardo Tidal Turbines, commented: “Engaging with PTEC is a significant step in the commercialization process of Tocardo’s standard offshore tidal solution, the Universal Foundation Platform Systems (UFS). After having deployed our turbines at various sites in the Netherlands and operating these projects successfully, we feel confident to jointly realize this world leading multi-MW tidal energy farm at the Isle of Wight.” 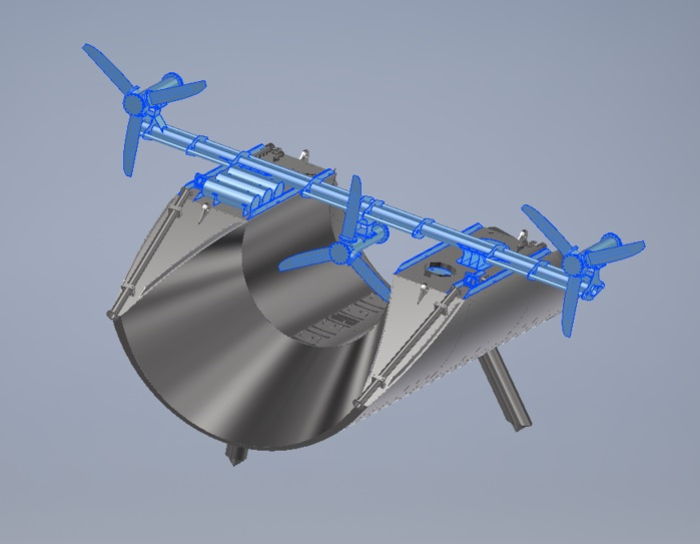