Production at Rauma Marine Constructions in Rauma, Finland, was resumed on February 25, after a week-long corona closure.

The company closed production on Friday, February 19, after a cluster of corona infections were uncovered among workers at the shipyard.

According to the City of Rauma, a total of 1,000 people have been tested with 239 workers testing positive for coronavirus.

Rauma shipyard shuts down production after over 230 coronavirus infections

It appears that the main factor that contributed to the widespread of infections were the shared living and transport arrangements for foreign workers employed at the yard.

“Authorities tested all employees of the shipyard and quarantined the exposed ones. Work will now slowly resume on Thursday and Friday (February 25-26), with a few dozen employees,” RMC said in an update.

“The shipyard will be closed during the weekend, and the next group of workers will arrive at work on Monday, February 29.”

As disclosed, RMC has reviewed both its own and its network’s operating practices during the closure.

The shipbuilder has developed a strict plan with the city and local health authorities to establish health and safety requirements targeting eating, housing, and transport arrangements to prevent the further spread of the virus among workers.

Although the shipyard has been operating according to official instructions for a long time, it has clearly not been to a sufficient standard, Jyrki Heinimaa, CEO of Rauma Marine Constructions, says.

“Everyone has done their best and acted according to official guidelines. At this stage, however, it has evidently not been enough. We are therefore enforcing even stricter guidelines and monitoring them closely together with our network partners,” he said.

“More attention will also be paid to the effectiveness of our communication, so that we can be sure that everyone working at the shipyard is aware of the guidelines and their significance also outside of official working hours. Compliance monitoring will be stepped up and RMC will require zero tolerance from all actors.”

According to Heinimaa, the company’s internal communication is multilingual. RMC will next assess whether there is a need to expand the range of languages ​​to ensure that the instructions are fully comprehensible to everyone.

Going forward, work will be staggered, and movement around the shipyard will only be permitted in previously assigned, individual teams.

In addition, lunch breaks and additional breaks will also be staggered more strongly than before. The shipyard has also enforced the use of masks, which is being monitored more strictly.

Furthermore, Rauma Marine Constructions will organise health testing before entering the shipyard area in order to prevent the situation from recurring.

Heinimaa also emphasises that RMC takes the allegations made in the media that various actors in the network have forged their employees’ corona test certificates, extremely seriously.

“We have no knowledge of such activities. However, this is a serious accusation, and we are thoroughly investigating it,” says Heinimaa. 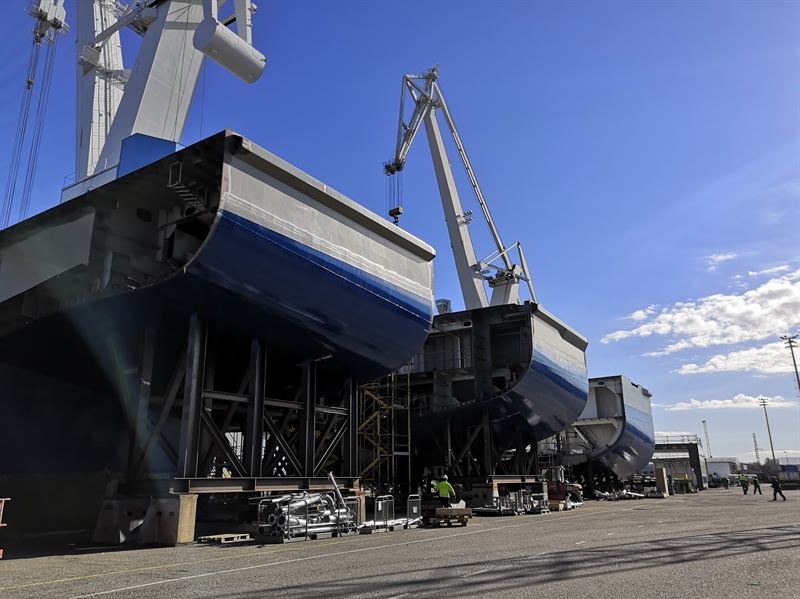