Remontowa Shipbuilding has selected Kongsberg Maritime to supply a HUGIN 1000 MR Autonomous Underwater Vehicle (AUV) and associated underwater communications and positioning equipment for mine countermeasures (MCM) applications, as part of a minehunter class vessel delivery for the Polish Navy.

The HUGIN 1000 MR AUV has been selected as it is specifically designed for MCM operations and can detect, classify and identify mines in a single mission. The delivery includes the HiPAP underwater communication and positioning system, which provides USBL updates and underwater data communication with the HUGIN 1000, or other underwater vehicles.

HUGIN is currently operational with several navies around the world including the Royal Norwegian Navy, the Finnish Navy and the Italian Navy, in addition to being used by commercial companies. It is capable of performing high-speed surveys with excellent navigation and payload data quality to a depth of 1000, 3000 or 4500 metres, depending on configuration. It can carry several different types of high performance survey sensors for synchronised and simultaneous operation.

Remontowa Shipbuilding is the prime contractor for delivering the new minehunter class vessels for the Polish Navy. The HUGIN contract was negotiated in cooperation with ESCORT Ltd., Kongsberg Maritime’s official representative in Poland. 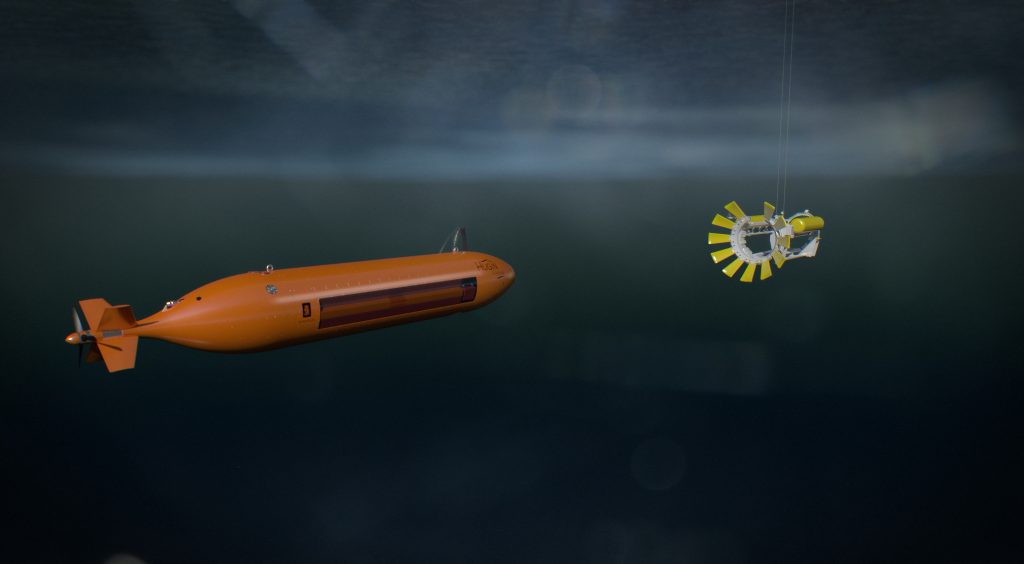