The company has taken delivery of a new vehicle which will, according to the company, be the first of its kind for the Gulf of Mexico and, in a direct response to market conditions, is set to help operators reduce costs by 40%.

The Seaeye Leopard electric work class ROV adds to ROVOP’s existing capability at its Houston base, the company said on Thursday.

Wayne Betts, President of ROVOP Inc., said: “The Leopard system can reduce costs by 40% in comparison with traditional ROV systems, both in terms of equipment and personnel costs.

“ROVOP has realigned its service offering to ensure we are competitive, versatile and flexible to meet our clients’ requirements in this challenging market.

Betts added: “Further savings are also achievable, beyond our lower charges, when using the Leopard vehicle due to the small topside footprint enabling deployment from smaller vessels and directly from platforms.”

The company added that the ROV offers work class capability in a small footprint that is significantly less than other vehicles used in the GoM.

With ½ ton forward thrust and its iCON intelligent control system, the 2000m-rated Leopard powers ahead at a speed of over four knots, whilst providing a stable work platform for handling significant work tasks in strong currents. This makes it ideal for the GoM region where loop currents often stop operations, ROVOP noted.

The system is suited to work tasks such as drill support, pipeline survey, exploration, salvage, cleaning, and IRM.

Managing director of Saab Seaeye, Jon Robertson, said: “The work capability of the system, together with its exceptional ability to work in high currents well beyond traditionally accepted ROV limits, gives us confidence that the Leopard will be a success in the GoM as it has been proving to be in other regions.” 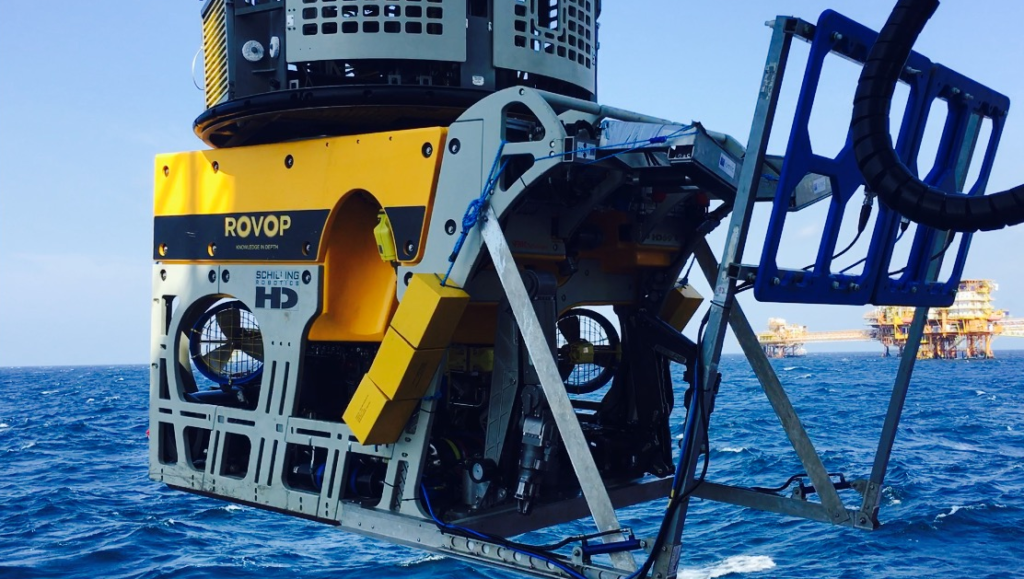