Royal Navy is trialing underwater gliders in the North Atlantic, that can rapidly send vital information during submarine hunting operations.

One of the Slocum Gliders is being tested in the seas west of Scotland during a five-month deployment.

These parameters can impact the efficiency of the sonar and sensors used by the Type 23 frigates and Merlin and Wildcat helicopters – as well as the Royal Air Force’s P-8 Poseidon – during submarine hunting operations.

The intention is for the navy to eventually deploy gliders continually to high-threat areas to give a clear and constant picture of the underwater battlespace, meaning operational decisions will be based on the very latest information.

Having this data quickly means sub-hunters will be able to adapt better when they are attempting to detect underwater surface threats.

“Ocean environments are changing – what we knew 20 or 30 years ago doesn’t apply now in many areas, particularly the North Atlantic which is our backyard for submarine operations and probably one of the most complicated and challenging bodies of ocean,” said Captain Pat Mowatt RN.

“Salinity, sound velocity and temperature have all changed. We need to know these accurately as we strive to understand more and more about the undersea environment (battlespace) and how this effects the performance of ship and submarine sensors so we can achieve an operational advantage.”

The way sound travels through water is greatly affected by the water temperature, pressure and salinity, which impacts the effectiveness of sonar and sensors used by ships and aircraft to track submarines.

The gliders can provide up-to-date information on these matters quickly to TAC HM (tactical hydrography, meteorology and oceanography) trained officers who can then advise submarine hunting commanders about the range of the ship’s sonars and how to adjust settings for best results.

A better understanding of water column properties can also reveal insight into how an adversary might exploit the environment to ‘hide’ in underwater features, such as ocean fronts and eddies.

The glider can dive down to 1,000 meters using controlled buoyancy to drive itself to the surface and back down, which ultimately means it can stay out at sea for months on end and constantly send data.

Right now, the Royal Navy continues to trial these gliders as part of Project Hecla. One of them is currently off the North West coast of the Outer Hebrides.

The Slocum was due to stay out for four weeks but has been extended to up to five months, giving the project the opportunity to test the glider to its limits on a long duration mission for the first time.

The data is being integrated into ocean forecast models by the Met Office and is available for use by the Navy at the Joint Operational Meteorology and Oceanography Centre at Northwood.

These trials are supported by the National Oceanographic Centre, British Oceanographic Data Centre and the Scottish Association of Marine Science.

During these latest tests, the project has been able to look at reducing power consumption of on-board sensors to extend battery life and resolve teething issues of getting data from the shore-side receivers to the Met Office.

Project Hecla was established to optimise the Navy’s ability to collect and exploit hydrographic and oceanographic information and they are continuing to look at other opportunities on top of the gliders.

The project will also trial how autonomous vehicles can aid data collection and exploitation missions alongside NavyX, who are responsible for developing and testing new technology for potential use on the frontlines.

Project Hecla is also involved in maintaining safety of navigation for all ships using autonomous vehicles.

Data from trials of the REMUS autonomous underwater vehicles is used to produce Admiralty Charts for maritime navigation systems. 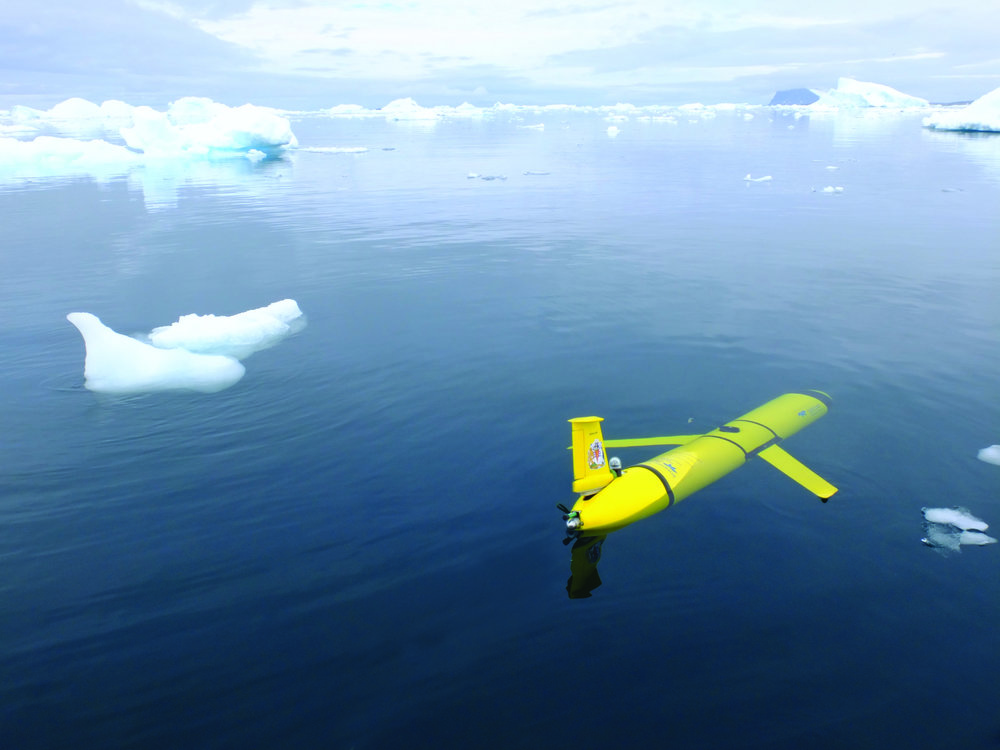 Royal Navy, DSTL and NOC collaborate on underwater survey work
Posted: 5 months ago
Drone solution for simplified underwater ship inspections
Posted: 3 days ago
Navis unveils its top predictions and trends that will drive the shipping industry in 2021
Posted: about 1 month ago
Advertisement
Related events
Skill Session: How to be an innovator
Online session ‘Careers in Offshore Wind’- Powered by Navingo Career
Europort
Exhibitors