Russian carrier ship Kuzma Minin, which ran aground off Cornwall, was refloated in the afternoon hours of December 18, according to the HM Coastguard.

The vessel was moved at around 2 pm with a combined effort of five harbour tugs and a salvage vessel. After it was refloated, the unit started sailing out into Falmouth Bay under its own power, with the assistance of tugs.

HM Coastguard informed that two Maritime and Coastguard Surveyors would board Kuzma Minin to carry out an initial assessment of the vessel, before it can be brought alongside for a full inspection.

There continues to be no report of any pollution following the refloating operation.

The 23,169 dwt bulker Kuzma Minin grounded off Cornwall in the early morning hours of December 18. The vessel dragged and grounded on the western side of the port entrance between Swanpool and Gyllyngvase beaches.

At the time of the incident the bulker, crewed by 18 Russian seafarers, was not carrying any cargo. There were no reports of injuries following the grounding. 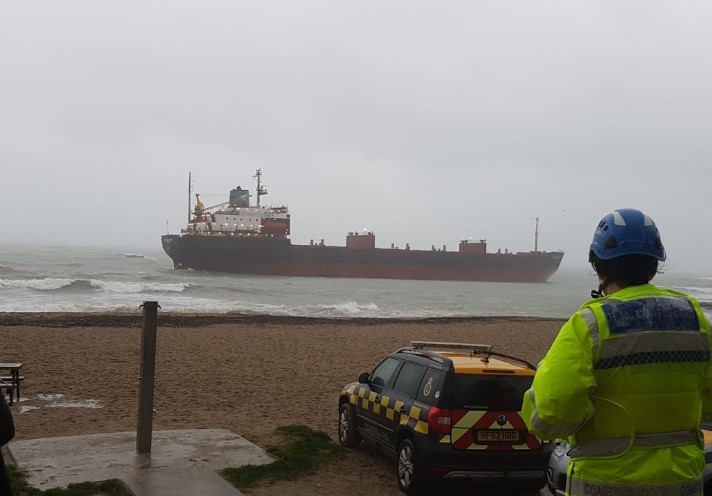