Energy company RWE and German LNG Terminal, the joint venture driving forward Germany’s first LNG terminal in Brunsbüttel, said on Thursday they have reached an agreement for a “considerable” part of the terminal’s capacity on a long-term basis.

Dutch companies Gasunie and Vopak and Germany’s Oiltanking formed last year German LNG Terminal, under which they plan to build and operate the LNG terminal in Brunsbuettel in northern Germany.

The contract by Germany’s RWE and German LNG Terminal follows the open season concluded earlier this year where the proposed LNG terminal has attracted interest from several potential customers, the duo said in a joint statement.

The total capacity of the combined LNG import and small-scale terminal will be 5 billion cubic metres per year.

Andree Stracke, Chief Commercial Officer Gas Supply & Origination of RWE Supply & Trading said that the two companies “can fully develop a significant business around the terminal” delivering LNG to RWE’s customers in Germany and throughout Europe.

This is an important step in the commercial development of the LNG terminal as a “significant part of the terminal’s capacity has now been committed,” the statement said.

“It clearly demonstrates that the market is committed to Germany’s first LNG terminal and is convinced of its business model as a multi-service terminal, independent ownership and open access,” it said.

Talks with other customers ongoing

German LNG Terminal also said that negotiations with other interested parties were ongoing while the engineering work for the permit approval process “is progressing well.”

If all relevant permits have been obtained and there is sufficient interest in the market, the final investment decision is expected for late 2019.

Construction work will then start in 2020 with the terminal being fully operational by the end of 2022, the statement said. 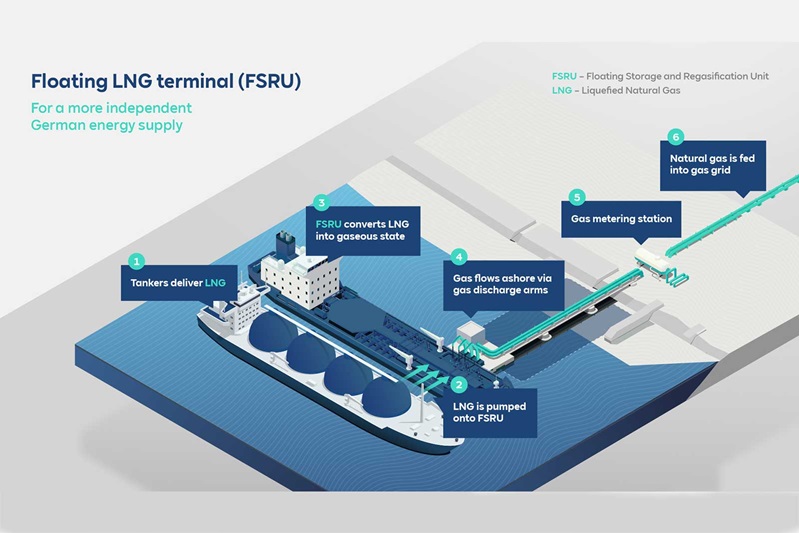