World’s largest FPSO provider SBM Offshore has confirmed it has ordered an FPSO Hull from China’s SWS shipyard on the back of an uptick in the FPSO industry and the increased client interest. 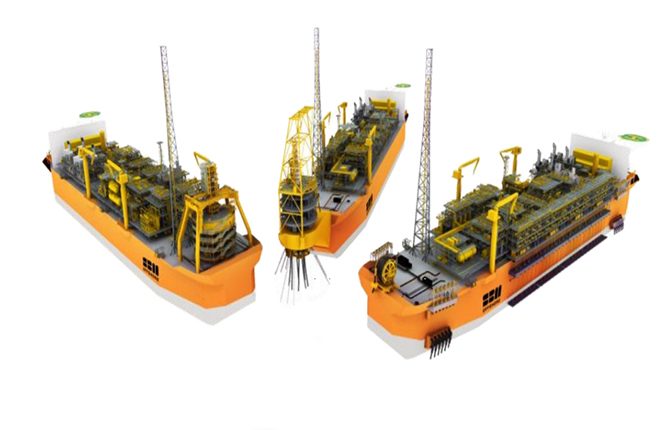 The hull is the second FPSO Hull ordered under SBM Offshore’s Fast4Ward program developed to standardize, speed up, and lower cost of an FPSO construction.

According to the company, the Fast4Ward program speeds up FPSO delivery by a year and could save half a billion dollars per FPSO.

The steel cutting for the first hull was held at the SWS yard in Shanghai, China in March 2018, and if all goes according to plan, the first Fast4Ward FPSO could be deployed for Exxon in Guyana, as per the FEED deal signed in July this year, making the FPSO SBM’s largest-ever such unit, able to 2 million barrels of crude oil.

In a statement on Thursday SBM Offshore CEO Bruno Chabas said the FPSO market recovery was accelerating on the back of industry fundamentals.

He said the investment was required to secure future production, “and deepwater projects rank favorably in client project portfolios.”

“SBM Offshore is uniquely positioned to benefit from the current upturn. The most economically attractive deepwater developments require high production capacities, which can benefit most from shorter cycle time to first oil, combined with larger and more complex processing capacities. Fast4WardTM facilitates this goal, lowering costs and providing a reliable execution plan.”

“On the basis of increased client interest and better demand visibility, SBM Offshore is pleased to confirm the commitment to build its second Fast4WardTM hull with the SWS yard.”

“Fast4Ward, as a product offering, is maturing in the market. It forms the design basis for the second ExxonMobil Liza FPSO project, which is moving from concept to reality and predicated on our first Fast4WardTM hull.”

“On the basis of increased client interest and better demand visibility, SBM Offshore is pleased to confirm the commitment to build its second Fast4WardTM hull with the SWS yard.”

As for the just ordered second hull, Chabas expects it to be delivered in 24 to 30 months.

In a conference call yesterday, SBM’s CFO Philippe Barril said multiple customers have confirmed interest in the Fast4Ward program, adding that the company planned for the program to transform the FPSO industry.

Commenting further on the said FPSO market uptick, Chabas said that the company was tracking 45 potential FPSO projects in 25 countries, that could materialize in the coming two to three years.

“Some of them are Fast4Ward, some of them are not Fast4Ward. But it gives you the magnitude of the spread and the depth of the demand which is coming up in our segment of the industry,” Chabas said.