SEA-KIT’s 12-metre Uncrewed Surface Vessel (USV), for which the company recently received an order from Fugro, has completed a 22-day demonstration project, carrying out remote surveys on Europe’s continental margin in the Atlantic.

“The project’s overall aim was to demonstrate the capabilities of current technologies to survey unexplored or inadequately surveyed ocean frontiers and we have absolutely done that. It is a ground-breaking achievement to prove true over-the-horizon capability and the team are elated to have successfully pushed the boundaries of our USV design once again”, said Peter Walker, Director of Technology at SEA-KIT.

The USV, named Maxlimer, started the survey operations in late July and has mapped over 1,000 square kilometres of seabed, while being continuously controlled by SEA-KIT via satellite communications from its Remote Operation Centre in Essex.

After 22 days of operation, the uncrewed vessel returned to Plymouth with its fuel tank still around a third full, according to SEA-KIT.

The project has been named UTAS (Uncrewed Trans-Atlantic Survey) and was originally planned to be trans-ocean, however, due to the impact of the current COVID-19 restrictions it was not possible to carry out the project as was initially planned.

“This proof of concept is exciting and confirms Fugro made the right choice to partner with SEA-KIT to develop a range of USVs that will transform the marine industry”, said Ivar de Josselin de Jong, Director Remote Inspection at Fugro. “We are on track with our strategy of leading the development of remote and autonomous solutions”.

Fugro ordered two 12-metre USVs from SEA-KIT at the beginning of August, saying it will use the vessels in offshore wind and oil and gas sectors in the North Sea and the Asia-Pacific region.

The first of the two 12-metre SEA-KIT X class USVs is expected to be delivered in the fourth quarter of this year and the second USV is scheduled for delivery in the first quarter of 2021.

SEA-KIT will also design, build and deliver a 24-metre Omega class USV to Fugro in 2021. 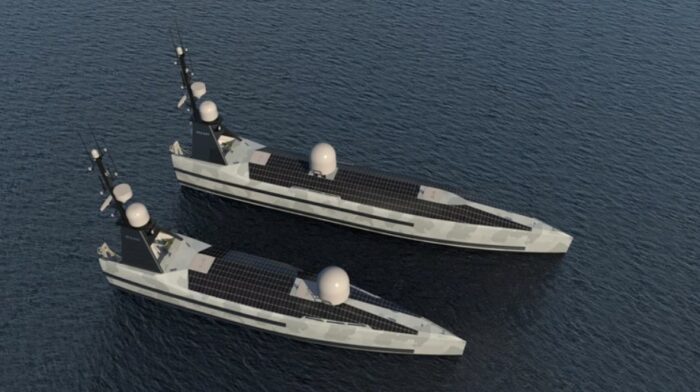