The company’s two 113,000 dwt vessels, which are being built by South Korea’s Samsung Heavy Industries, are due for delivery from the third quarter of 2018.

Shell will take both vessels on a long-term charter commencing in the fourth quarter of this year.

“These two LNG-fueled vessels will help Shell Trading move crude, principally in the Atlantic basin. LNG is a credible marine fuel and will play an important role in our fleet as we introduce cleaner and more efficient vessels,” Mark Quartermain, Vice President, Shell Crude Trading, said.

Both Malaysian flagged vessels will be fitted with twin LNG tanks, allowing them to trade worldwide on LNG and with LNG more readily available now, this makes them suited to operate in the 0.1% sulfur SECA regions of North America, Northwest Europe and Asia, and ensures full compliance with the incoming 2020 sulfur cap.

When operating in gas mode, the two AET tankers will emit up to 30% less CO2, 85% less NOx, 99% less SOx and 95% less particular matters, making them among the cleanest Aframax tankers in the market.

“We took the decision to begin building LNG dual-fueled Aframax vessels some time ago and these two Aframaxes are among the first to take their place in our global fleet,” Capt. Rajalingam Subramaniam, AET’s President and CEO, said.

In June 2017, AET was awarded a contract to build and operate two LNG dual-fueled DP2 Offshore Loading Shuttle Tankers for service in oilfields on the Norwegian Continental Shelf of the North Sea, Norwegian Sea and the southern Barents Sea as well as on the UK Continental Shelf.

When operational, these ships are expected to be among the world’s first LNG-fueled DP shuttle tankers and the most energy efficient. 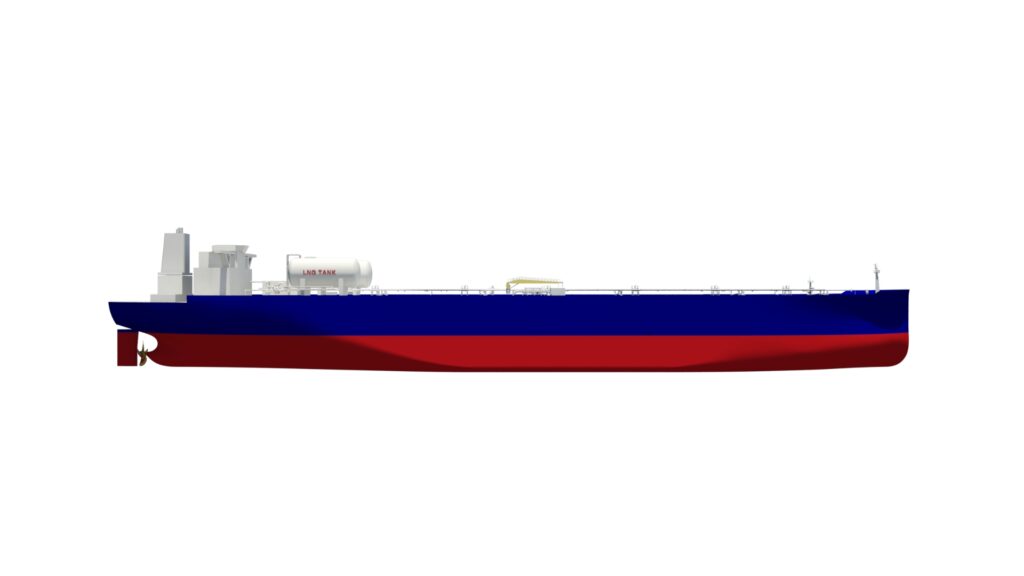