The German Shipyard Flensburger Schiffbau-Gesellschaft (FSG) has found a new owner. The Norwegian controlled Siem Industries will take over command of the shipyard, including all its employees.

“We are very glad about the new perspectives that open up, as a consequence of this decision. We welcome Siem Industries on board: This time not as a client, but as the new and rightful owner of the FSG. This means a great chance for all of us – the shipyard and its employees.”

With the takeover, Sierk and Bywater expect the FSG to get further established and to hold a stronger position on the offshore market: “Siem Industries is a successful, globally expanding and financially strong family-owned enterprise. It allows us, the Flensburger Shipyard, to continue our successful developments in the global offshore market,” said Sierk and Bywater.

The Siem Group of companies (including subsidiaries and affiliates) operates 145 vessels and owns a controlling interest in Siem Offshore and the oil service company SubSea 7.

The shipyard currently has the following orderbook: one RoPax Ferry for CMAL (Scot­land), a second seismic vessel for WesternGeco (England), two offshore well-interven­tion vessels for Siem Offshore (Norway) as well as an innovative LNG based Ro-Ro Ferry for SeaRoad (Australia). With these upcoming projects, FSG will be operating at full capacity until the 3rd quarter of 2016. 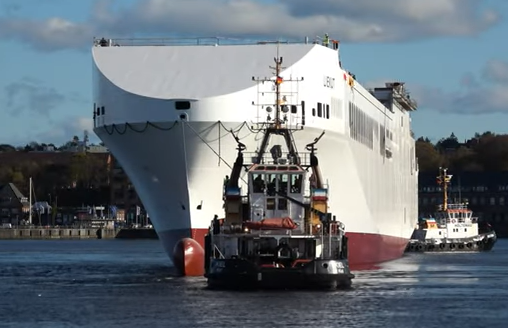