The two LNG-powered car carriers being built for Siem Car Carriers under a Volkswagen contract were christened in Xiamen, China, on November 15.

The “eco-friendly” pair will replace two of overall nine car carriers the car maker uses for the transport of vehicles from Europe to North America.

Siem Confucius, the first of the two units, is set to enter the service in January 2020, following its delivery from Xiamen Shipbuilding.

The second ship, Siem Aristotle, is scheduled for delivery later in 2020.

The 200-meter car carriers feature 13 car decks and a capacity to transport 4,700 vehicles, according to Volkswagen.

“We are entering new territory here with a goal to reduce our emissions. Both vessels are the world’s first LNG-powered overseas car carriers,” Thomas Zernechel, Head of Volkswagen Group Logistics, commented.

Every year, Volkswagen Group Logistics organizes, coordinates and is responsible for a total of 7,700 ship departures worldwide. Every year they ship 2.8 million new cars. In addition, there are 250,000 container loads on ships which are used to transport assembly and spare parts. 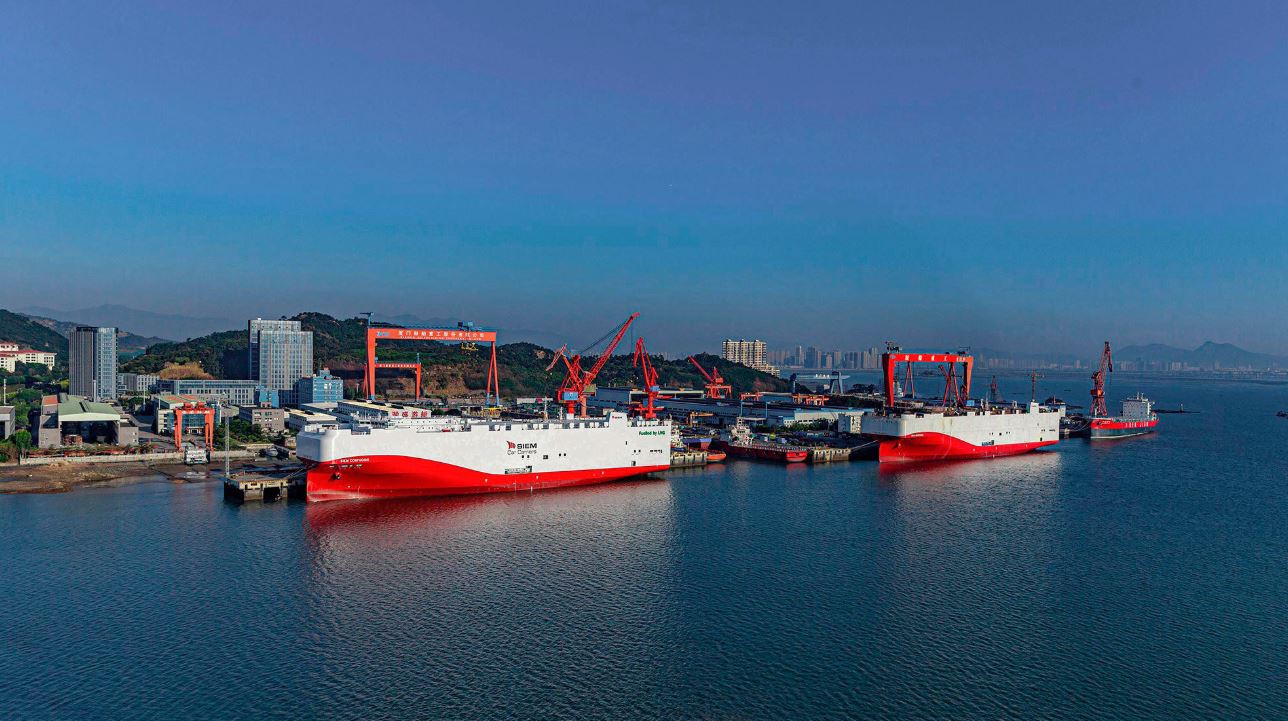