The West Division of Hallin, a Superior Energy Services company, has previously been involved solely in the supply and operation of Remote Operated Vehicles (ROVs).

The Ullswater, complete with its in-built saturation (Sat) diving system and operations team of divers and engineers, has commenced work on a contract for Acergy offshore Angola.

The move into full vessel operations and Sat diving follows a hectic period behind the scenes at Hallin’s West Division’s headquarters in Aberdeen, with the creation of new office space, a diving operations team and the recruitment of new staff with relevant diving and vessel experience.

The three-month plus contract for Acergy has seen the Hallin vessel the SOV Ullswater transit from Las Palmas to provide support for works associated with the Angola Liquefied Natural Gas (ALNG) pipeline network and Total E&P Block 17.

Mike Arnold, the managing director of West Division, said: ‘Having a specialist, purpose designed, new vessel like the Ullswater with its outstanding saturation diving system and capabilities, was the next logical step for West Division and allows us to continue our growth and offer our clients the wider-range of services they have been requesting.

‘We are very pleased to be working with Acergy on its Angolan contract.

‘This project is ideal for the Ullswater, showcasing its abilities and inbuilt systems, and was exactly what it was built for.

‘The vessel’s combination of saturation diving, air diving and ROV systems and advanced lifting capacity means we expect it to be ideal for the work that is currently being bid in West Africa.’ 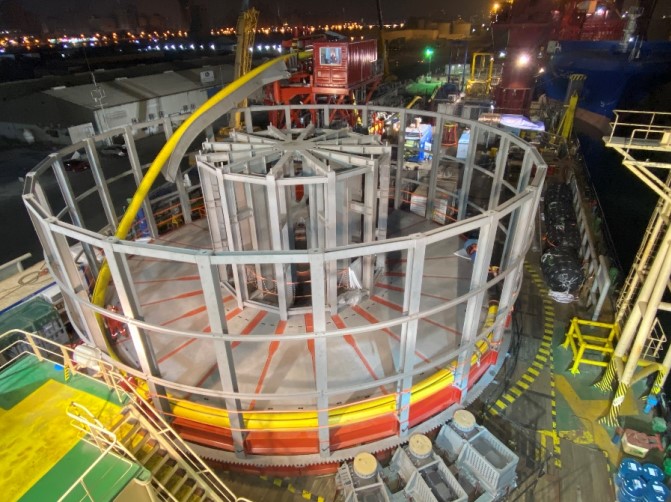