The company, together wth its subsidiaries EMAS IT Solutions Pte Ltd and Ezra Marine Services Pte. Ltd, filed the petition on Saturday in order to facilitate the financial restructuring.

Ezra explained that the filing is intended to optimize the scope and extent of the restructuring options available and to protect the interests of all stakeholders of the company, including its creditors and shareholders, from hostile actions that could harm the company and its stakeholders by diminishing the group’s value.

The company and the group will be faced with a going concern issue if the on-going initiatives by the company to review options to preserve value for the group and to restructure its businesses, operations and balance sheet are not favorably completed in a timely manner.

Ezra has been struggling for a while now with various demands to pay off debts owed by its associated companies. The company has been receiving letters of demands as well as reservation of rights letters from its counterparties, including a statutory demand issued by one of the company’s lenders.

Namely, on February 7, 2017, the company received a statutory demand from Forland Subsea in relation to a claim made by Forland against the company for payment of a sum amounting to approximately NOK25.5 million (approximately S$4.4 million) that is due and owing by the company as the parent corporate guarantor for the charterparty dated December 4, 2012, wherein Forland agreed to charter the vessel Lewek Inspector to EMAS-AMC AS.

Further, on March 6, 2017, the company received a summons in a civil action from VT Halter Marine, Inc. (VTH) with respect to the civil action lawsuit filed by VTH on February 27, 2017, against EMAS Chiyoda Subsea, Inc. (ECS US), which is an associated company of Ezra, and the company in the United States District Court for the Southern District of Mississippi with a claim for an amount of $3.3 million. The cause of action in respect of the suit relates to the breach of loan agreement by ECS US and the guarantee provided by the company in relation to the loan agreement.

In addition, on March 9, 2017, the company received a statutory demand from the solicitors of VTH in relation to a claim made by VTH against the company for payment of a sum of $3.21 million together with accruing interest that is due and owing by the company as the parent guarantor for the loan agreement entered into between VTH and ECS US on February 26, 2015.

Finally, on March 17, 2017, the company received a demand from the solicitors of Serimax North America, LLC in relation to a claim made by Serimax against the company for payment of a sum of $4.45 million that is due and owing by the company under a guarantee granted by the company to Serimax in connection with a promissory note dated April 18, 2016, entered into between Serimax and ECS US.

Ezra’s associated company, Emas Chiyoda Subsea Limited, on February 27, 2017, filed petitions for reorganization under Chapter 11 of the U.S. Bankruptcy Code to facilitate the ECS Group’s financial and operational restructuring and put under liquidation its Norway-based wholly owned subsidiary, EMAS-AMC AS.

The company will face an immediate going concern issue in the event claims are made against it in relation to any or all of these guarantees. 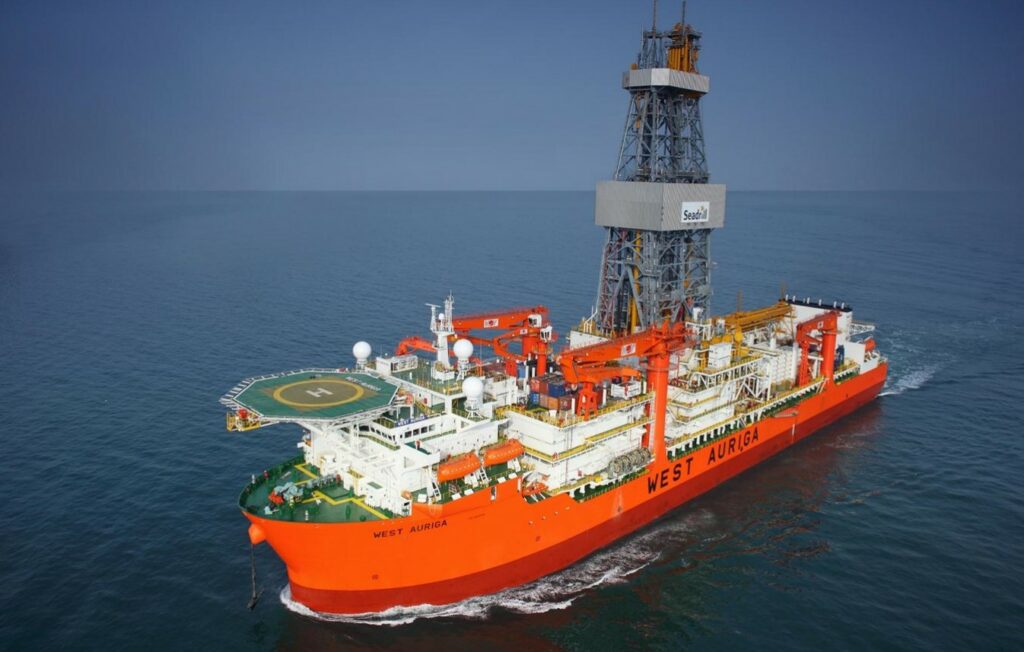