The maritime environment has changed significantly in recent years, due to piracy and terrorism, climate change and environmental protection, and the offshore sector.

Global trading of goods continues to grow, and 90% of it is carried by sea, so security of the overall global maritime logistic chains is at the focus of attention. The means and technologies used by the maritime industry to deal with this are the subject of MS&D 2012, international conference on maritime security and defence hamburg, to be held on the occasion of SMM on 4 and 5 September. Information on new products and solutions for maritime surveillance and protection systems, security and defence technologies, sensors, information and com­munication technology, command and information systems, and consulting and security services, can be obtained by MS&D participants at SMM, the world’s leading maritime industries fair, in the new Hall B8, and in concentrated form in the respective exhibition segment.

Leading shipyards with a strong naval shipbuilding section bring their successful designs and latest concepts for naval vessels to the 25th SMM. For example ThyssenKrupp Marine Systems (TKMS) with their shipyards Blohm + Voss Naval, Howaldtswerke-Deutsche Werft GmbH (HDW), and Kockums. HDW leads technology in fuel cell powered submarines, and will present the new type 212A. Blohm + Voss Naval gives information on the F125 frigate, designed for operations in crisis areas as part of the allied defence missions, and for defence against asymmetrical threats. TKMS are building four ships in the F125 class together with Friedrich Lürssen shipyard, for delivery between 2016 and 2018. Apart from the F125, the Lürssen Group in Bremen will present an export version of the Offshore Patrol Vessel, a fast patrol boat which is specially adapted to the needs of small navies; the Fast Interceptor Boat 25; and a design study for the Multi-role Light Frigate, a versatile vessel with innovative technological systems, electric propulsion and a low radar reflection profile. “Our products are, among other things, a response to the asymmetric threats from terrorism and piracy,” explains Jörg Ahrens, Sales Director Naval Ships at Lürssen.

These new challenges are also met by other shipyards such as Dearsan Shipyard, Turkey, which has developed a new programme of patrol boats, initially for the Turkish Navy. MS&D visitors will also find it well worthwhile to visit the SMM stand of Abeking & Rasmussen, who are using their proven Small Waterplane Area Twin Hull – SWATH system, a proven method of counteracting heavy sea state conditions in patrol boats, and delivered the first ship of this kind to the Latvian Navy last year. The DCNS Group, France, which is a heavyweight in maritime defence, presents a portfolio including submarines and surface vessels, and also infrastructure components.

Innovative defence technologies are also available from many marine equipment suppliers at the 25th SMM. For example LEXXWAR (Long-term Experimental Setup for Asymmetric Warfare), designed and realised by the Defence Technology Department of Germany’s Federal Office of Defense Technology and Procurement (BWB) and the Defence Technology Department for Ships and Naval Armaments, Maritime Technology and Research (WTD 71), with the support of the Fraunhofer-Gesellschaft; its will be demonstrated at SMM 2012. The heart of this system is an operations centre housed in a 20-foot double container, which collects data from its own dedicated sensors and external information, to generate a status display for port protection, and to initiate countermeasures in the event of a threat.

Sensor technology will also be presented by ELAC Nautic at SMM 2012. The company offers underwater navigation and communication systems, and sonar technology. A new flexible Integrated Platform Management System for naval ships will be presented by Logimatic from Aalborg. It was designed primarily for the Royal Danish Navy, but is likely to meet with the interest of other naval forces, too. Rheinmetall Defence Electronics GmbH, a supplier of reconnaissance, command and fire control systems, guided weapons platforms and drone systems, intends to enhance its contacts with international navies at SMM 2012.

LexGabinia, Darmstadt, has also worked out new ideas to deal with threats from piracy. The name of the company is derived from an anti-piracy law adopted by the Romans in 67 BC; it has developed a new protective system comprising up to three rolls of NATO razor wire attached along the railing of a ship to prevent boarding attempts by pirates. The system is not permanently fitted, but is deployed only when the ship is operating on dangerous routes. Sven Fürus, the CEO of LexGabinia, describes the benefits of this system: “This kind of barrier is easy to put up and take down again as often as necessary, in just a few simple steps. When deployed it does not constitute any risk of injury to the ship’s crew.” Another execution of this concept by the company is a mobile variant, used for example to block stairs, etc.

Tilse Industrie- und Schiffstechnik GmbH has developed a special bullet-proof compound safety glass to prevent damage to the windows on the bridge, which is often the first target of pirates, and will present this at SMM 2012. Formglas Spezial® BB comprises various thicknesses of glass (depending on protection category) and UV and seawater-proof cast resin layers. Tilse uses only genuine glass, because other materials such as films, polycarbonates, etc., may result in optical distortion.

MaRisk, by Danish ship security specialist Risk Intelligence ApS, is a system for surveillance and timely warning of attacks, to be run on the ship’s computer and a smartphone. Smart implementation of security is a competitive advantage, says CEO Hans Tino Hansen. That applies particularly to ships travelling at slow speed through dangerous waters. The company presents new tools for MaRisk at SMM. The system can both trigger alarms and conduct in-depth analyses, says Hans Tino Hansen. Product features include near real-time incident updates and seamless integration into satellite-based fleet tracking. The company also offers customised security consulting.

Raytheon Anschütz, a manufacturer of navigating systems based in Kiel, is also engaged in the security sector. At SMM 2012 it presents Synapsis, a new generation of integrated navigation systems. The innovative prototypes include an integrated electronic chart display on a multi-function system, a C2 (Command & Control) system, developed by the Surveillance Systems Division. It can work with integrated surveillance devices such as video cameras and other sensors. “Future operation scenarios in the military sector could include smaller multi-function fighting ships or OPVs which do not have their own operations centre on board, which have smaller bridges and thus less space, or which are deployed with smaller, alternating crews,” explains Martin Richter, Marketing Manager at Raytheon. 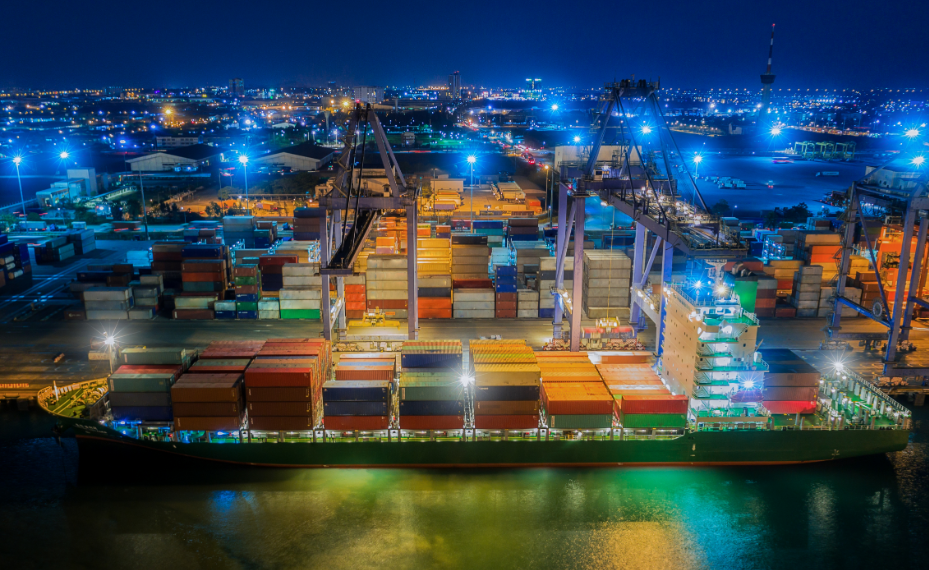