The prestigious industry award was presented to Hayman during the annual Ocean Energy Europe Conference & Exhibition, being held online.

Vi Maris, meaning ‘the power of the sea’, is an industry award established by Ocean Energy Europe, which recognises the outstanding contribution of an individual to the ocean energy sector.

Jason Hayman was nominated for over a decade of tireless work for the ocean energy sector. At the helm of Sustainable Marine Energy since 2009, Hayman has navigated both the Plat-O and Plat-I floating tidal devices through their demonstration phases, and is now gearing up to install one of the world’s foremost tidal energy projects in Canada.

The Pempa’q In-stream Tidal Energy Project is a multi-device array to be deployed in the Bay of Fundy, home to the world’s highest tides. The project recently secured €18.4m in funding from the Canadian government and is destined to provide up to 9MW of clean, predictable tidal energy into the grid.

With a lifetime passion for the sea, Hayman has worked on boats around the world, from racing charters to ferries, and has been a part of the maritime sector since 1996.

He has successfully developed and demonstrated several engineering solutions for performing complex tasks in challenging marine environments and has a wealth of operational experience. In 2010, he successfully delivered a tidal turbine installation system for Voith Hydro’s first-generation tidal turbine in Korea.

A shortlist of five nominees was considered by a panel of Ocean Energy Europe board members, who voted by secret ballot for the winner. The other nominees recognised for their valuable work in the sector were Mario Iglesias Casal (Magallanes Renovables), Audrie Jourdan (formerly GEPS Techno), Tim Cornelius (SIMEC Atlantis Energy), and Tony Lewis (OceanEnergy).

Jason Hayman said: “It is an unexpected honour to be the recipient of the Vi Maris award this year. Developing ocean energy technologies is not for the faint of heart, and requires persistence, but more importantly it is a team sport. Sustainable Marine has managed to achieve so much because we have a great team.

“We have also received a huge amount of support from our investors and other stakeholders; including Ocean Energy Europe who have done a tremendous job of bringing the industry together online to celebrate the many successes that the sector has delivered in 2020 despite the turbulent times”.

Rémi Gruet, Ocean Energy Europe’s CEO, added: “Congratulations to Jason for being named as this year’s Vi Maris award winner. He has been a key figure in the sector for over a decade, starting out with Voith Hydro and now spearheading the flagship Plat-I floating tidal energy farm. This new industry has been built on the vision and commitment of innovative engineers like Jason and he deserves to be recognised for all he has done”. 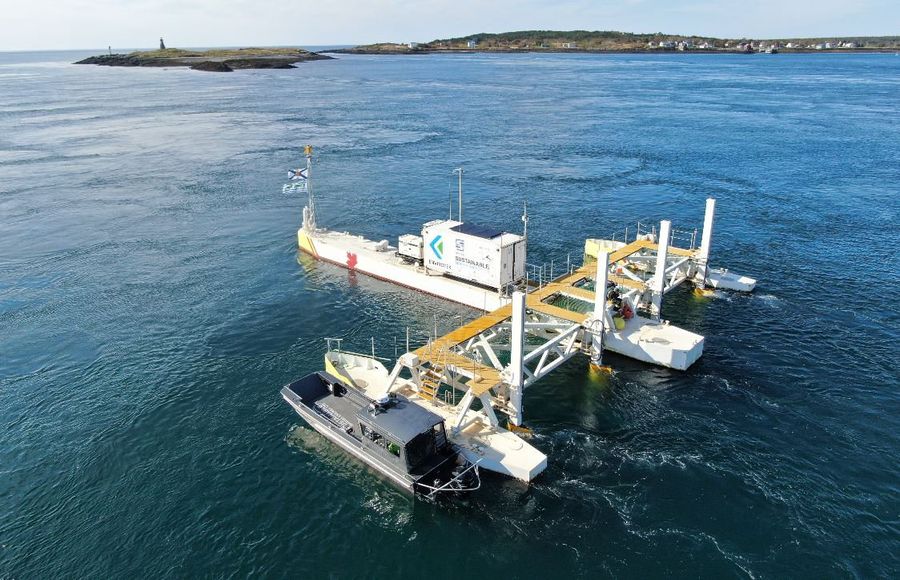