Terminal Catalunya (TERCAT), a member of the Hutchison Port Holdings Group,  took delivery of four Super-Post-Panamax quay cranes at its Muelle Prat terminal in the Port of Barcelona. This is the first batch of a total of eight cranes with the remaining four scheduled for delivery on 18 March 2012.

A ceremony was held at Muelle Prat to celebrate the arrival of the new quay cranes. The ceremony was attended by over 60 guests including the Counselor of the Generalitat of Catalunya, Luis Recoder, the President of the Port of Barcelona, Sixte Cambra, representatives of the Government and the municipalities of Barcelona and El Prat de Llobregat, Vice President, Senior Engineer from ZPMC, Fred Huang, and shipping line executives.

Commenting on the new equipment, Clemence Cheng, Managing Director of HPH Central Europe Division, said “We are very pleased to receive these cranes in Muelle Prat. This is another important milestone towards the completion of this new terminal, which is scheduled to open in mid 2012.”

“Muelle Prat will be the first semi-automated terminal in the HPH Group. The nGen operating system will deliver high productivity as well as efficiency. With the eight tracks rail facility connecting this terminal to the European rail network, Barcelona will be an important Mediterranean gateway for Southern and Central European cargo.” he continued.

Alejandro Kouruklis, General Manager of TERCAT, said, “These new quay cranes are equipped with the latest technology and will be able to handle the biggest vessels in service. Together with the 36 automated stacking cranes, the new quay cranes will significantly increase productivity levels at the Port of Barcelona.”

The 1,700-tonne cranes were built by Zhenhua Port Machinery Company (ZPMC) and have an outreach of 22 containers. They have a height of 42 metres under spreader and a maximum lifting capacity of 61 tonnes. Muelle Prat will have a total area of 100 hectares and a quay length of 1,500 metres. The terminal will have an annual handling capacity of 2.65 million TEU. 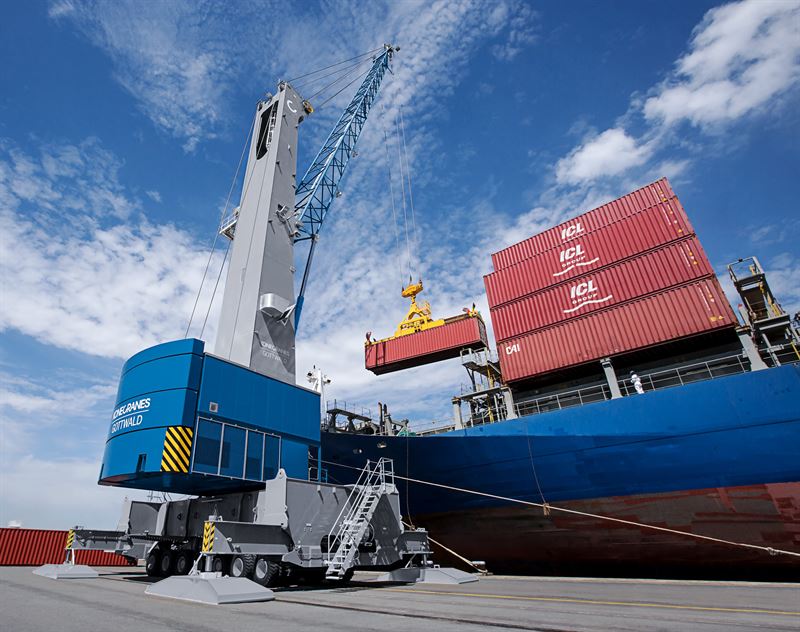