Liquefied natural gas (LNG) bunkering has witnessed exponential growth in 2020 despite the effects of the Coronavirus pandemic.

The sustainable transport association operating in Spain and Portugal noted that 741 LNG bunkering operations took place in Spain in 2020, quadrupling the 2019 figures.

A total of 122,058 cubic meters of LNG was supplied during these operations.

Gasnam noted that out of the total volume supplied, 68.5 per cent was delivered to ferries, 31.1 per cent to cruise ships and 0.4 per cent to other types of vessels.

The association further noted that 75 per cent of operations have been completed using the multi-truck-to-ship bunkering method.

Spain also saw an increase in the number of ports delivering LNG bunkering services from six ports in 2019 to nine ports in 2020.

Spanish ferry operator Baleària in a separate statement noted that it has carried 96 per cent of all LNG bunkering operations completed in Spain in 2020.

The company said it has carried our 714 operations for the six vessels it currently has in operation. The volumes supplied to its fleet reached 83,643 cubic meters of LNG.

It added that 100 per cent of its supplies were directed towards the ferry segment as it is the only company operating this type of vessels in Spain.

Last year, Baleària obtained licenses to carry out LNG bunkering operations in the ports of Dénia, Almería, Málaga, Barcelona, ​​Valencia and Huelva, while in Algeciras supplies were made with specific authorizations.

The company also noted that 95 per cent of its operations have been completed using the multi-truck to ship method expediting the process.

ESK has been the company in charge of carrying out these operations.

In 2021, the company’s LNG-fueled fleet will reach nine vessels. It currently has six such vessels on the water while it is carrying out the retrofit of one more ferry.

The shipping company has invested a total of €380 million ($466.3 million) in its LNG-fueled fleet as it pushes to reduce emissions and noise pollution from its operations. 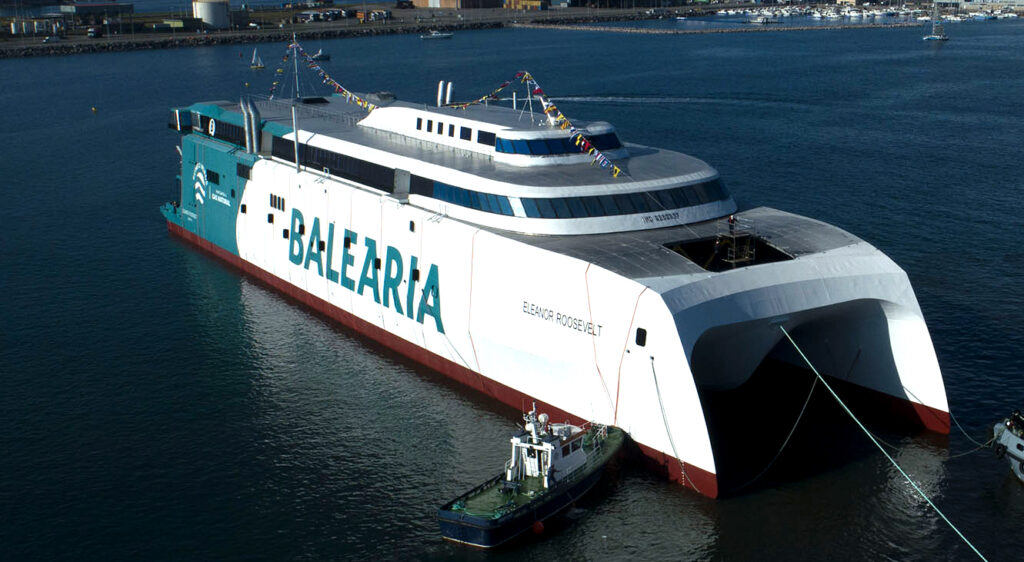