Spliethoff Group to Scrub Away the Sulphur

The company plans to outfit over 30 of its ships with the scrubber technology over the coming period. These will include ships from Spliethoff, BigLift Shipping and Sevenstar Yacht Transport.

The outfitting project has already started with general cargo vessel MV Floragracht, which left the BLRT shipyard in Klaipeda, Lithuania on June 26 with installed scrubber on board.

The company has an extensive experience with the scrubber technology and MV Floragracht is its 24th owned vessel outfitted with a scrubber.

In 2012, Spliethoff Group subsidiary Transfennica started by outfitting their six Con-Ro vessels with scrubbers.  The move was followed in 2014 – 2015 by Spliethoff’s fourteen S-type vessels and three C-type ships of its sister-company Wijnne Barends.

“Thanks to scrubbers and with the support of our customers, Spliethoff Group will lower the impact of shipping on the environment and at the same time cope in a cost-efficient way with the cost increase caused by the stricter sulphur regulations,” says Arne Hubregtse, technical director of Spliethoff Group.

“As a member of the Trident Alliance, we hope authorities will show the same commitment by enforcing the sulphur rules.” 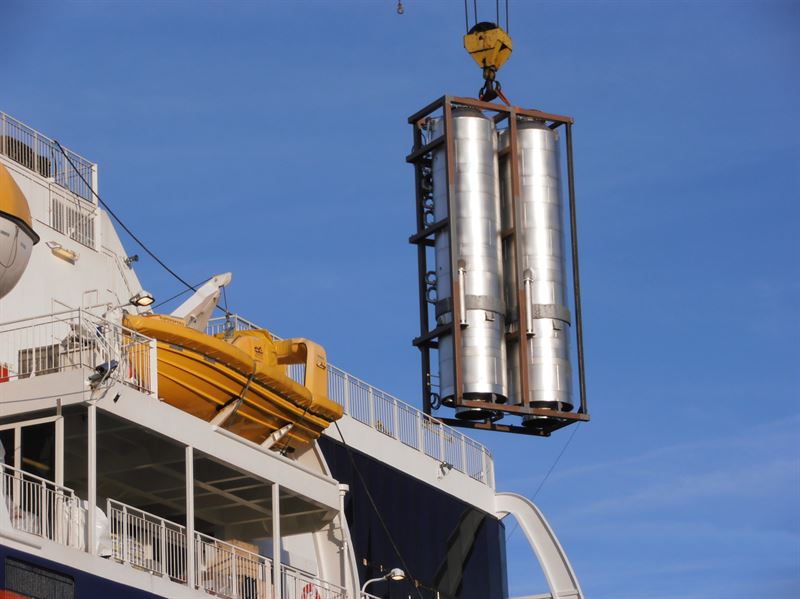