The new PCTC is the first of two sister ships built for UECC, which is owned by NYK Line and Wallenius Lines, by Kawasaki Heavy Industries at its NACKS shipyard in Nantong, China.

With a length of 181 meters and a width of 30 meters, the ship is capable of transporting approximately 3,800 standard-sized vehicles over its 10 decks.

The Auto Eco was delivered to the company on September 29, 2016. The second vessel, launched in June this year, is expected to join the company’s fleet on November 28, 2016.

Equipped with dual-fuel engines that can use either liquefied natural gas (LNG) or heavy fuel oil and marine gas oil, both PCTCs will be put into service in Europe.

The vessels feature the 1AA Super Finnish/Swedish class, allowing for full-year trading in the Baltic area.

“It is the first PCTC of its kind in the world to be fitted with a dual-fuel LNG propulsion system, allowing it to complete a fourteen-day round-trip voyage solely on LNG without refueling. AUTO ECO not only meets existing emissions regulations but also exceeds them, allowing her to trade in any Environment Control Area, worldwide,” Glenn Edvardsen, UECC’s CEO, said.

UECC has chosen the Port of Zeebrugge as the hub for the vessel. The port will operate as a place where cargo is loaded and discharged as well as an LNG platform. 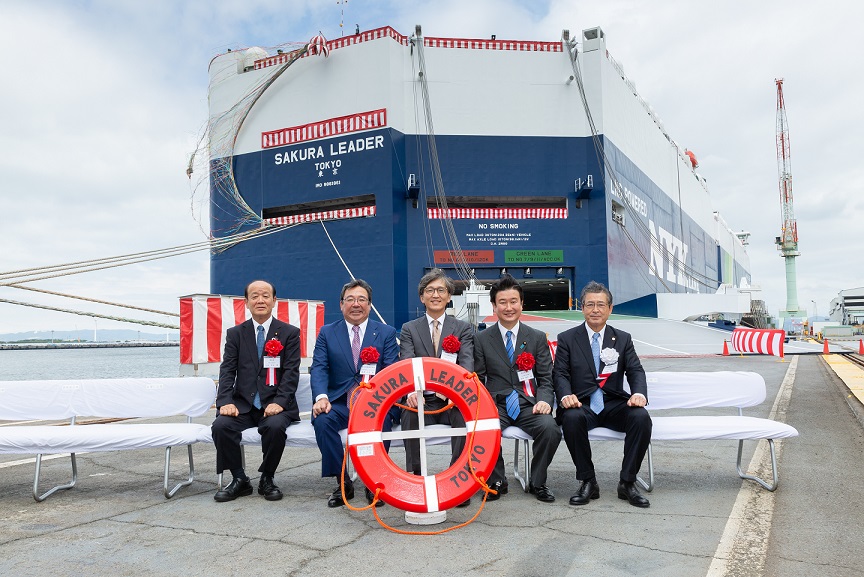