Hyundai Heavy Industries and Dockwise are about to start the sea trials for a new semi-submersible heavy-lift vessel Dockwise Vanguard. The name ‘Dockwise Vanguard’ refers to the forefront of a movement, an innovation in the Heavy Marine Transport Industry.

The name also indirectly refers to Dockwise new vessel’s revolutionary bowless design, which will allow entire, intact super structures to be transported as the total length of the vessel’s deck can be used.

The Dockwise Vanguard was successfully launched on October 7th. Afterwards it was towed out on October 17th and moored to the quayside. Commissioning work, in preparation for sea trials which will commence at the start of December, continued throughout November.

As the most innovative semi-submersible heavy-lift vessel ever built, the Dockwise Vanguard is redefining the limits of exceptional heavy marine transport. The game changing vessel has been specifically built to enable oil and gas majors and EPIC contractors consider design and transport opportunities for mega offshore units, which were until now considered unthinkable.

The experienced crew of the Dockwise Vanguard is making progress in the training program. In September training started at Imtech, The Netherlands. At the start of October, part of the crew joined the site team at Hyundai Heavy to take part in on-site training and familiarization while others went to Italy to train with Wartsillä.

The decision to invest in this unique new vessel once again underlines Dockwise’s view towards the future and the position of the organization at the premium end of the heavy marine transport industry. 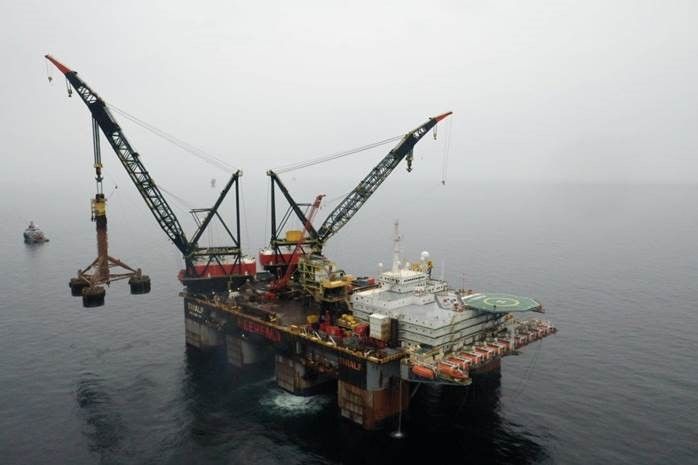