The steel cutting ceremony for Royal Caribbean’s fourth Oasis ship was held on Tuesday at the STX France shipyard in Saint-Nazaire, France, where the third Oasis-class ship is also being built.

The fourth member of the Oasis family is scheduled to be delivered in 2018.

The Oasis class was introduced in 2009 with the Oasis of the Seas, featuring a revolutionary design with a split superstructure and the cruise line’s neighborhood concept of seven distinct themed areas.

At 225,282 GRT and spanning 16 decks with 2,700 staterooms, the Oasis-class ships introduced many “firsts” at sea such as an 82 foot-long zip line, a handcrafted carousel, the Rising Tide bar, the AquaTheater high-diving performance venue, and the Central Park with more than 12,000 live trees and plants.

Royal Caribbean said that details of the two Oasis-class ships currently under construction will be revealed in the coming months. 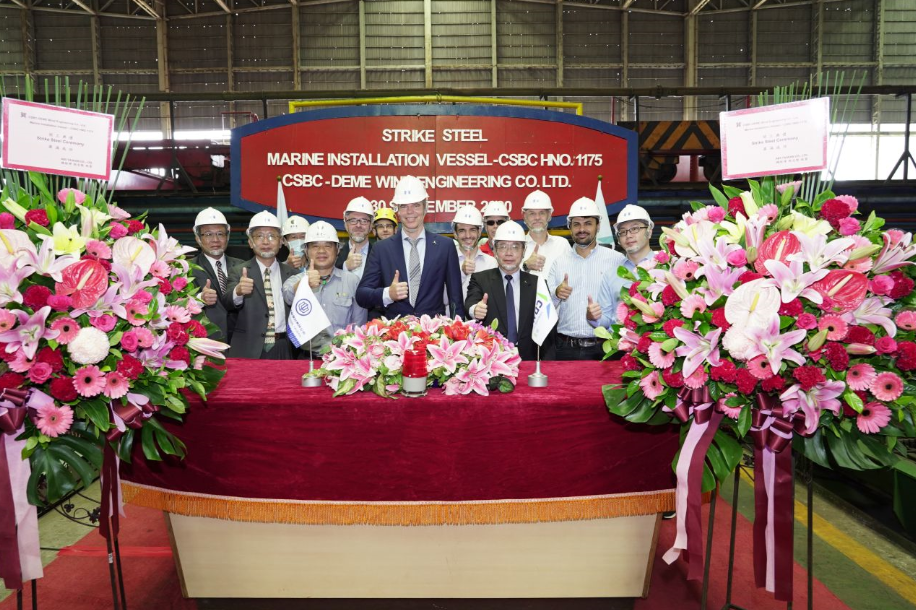