The ferries will be built to accommodate 150 passengers, 23 cars or 2 HGVs, with a service speed of nine knots and are designed for use on many of the short crossing routes around the Clyde and Hebrides. They will be owned by CMAL who are leading the project and operated by the current operator of the Clyde and Hebrides Ferry Services, CalMac Ferries.

Ferguson will be working alongside Glasgow based ship design specialists Seatec and electrical specialists Tec-Source to deliver the project, which is supported by a loan from the Scottish Government and additional funding of £450,000 from the European Regional Development Fund (ERDF).

The new ferries will use some of the most innovative new ‘green’ technology, including battery banks supplying a minimum of 20% of the energy consumed on board. Benefits include reduced fuel consumption and impact of CO2 emissions and other pollutants, noise reduction and lower maintenance requirements. The vessels will be powered by small diesel generator sets, feeding power to a 400 volt switchboard, which will supply power to electric propulsion motors that turn the propellers. In addition, the battery banks will provide power to operate the vessel. The ferries will charge overnight while they are moored on the islands they will serve and it is hoped that in the future energy from local wind, wave or solar systems will be used to charge the batteries, making the process even more environmentally friendly.

It is anticipated that the first vessel will enter service in late spring/early summer 2013, with the second following six months later. It is likely that the first ship will initially serve on the Sconser-Raasay route, subject to modifications being carried out at Sconser.

Guy Platten, Chief Executive of CMAL commented: “The cutting of the first steel marks an exciting new stage of the project, as the build begins on the world’s first sea going RORO passenger hybrid ferries. The project demonstrates CMAL’s commitment to leading the way in innovative ferry design and we look forward to seeing the project reach fruition when the first of the vessels goes into service in early 2013.”

Minister for Climate Change Stewart Stevenson said: “I am delighted to be at the steel cutting ceremony to mark the next stage of this innovative Scottish shipbuilding project. The use of cleaner, greener technology is an excellent example of what we need to be doing across the board to reduce emissions and meet Scotland’s climate change targets. It also demonstrates the huge economic potential of developing new technology and moving to a low carbon economy. The detailed design and the construction of the world’s first battery operated sea-going vehicle ferry both being carried out by local companies, highlights Glasgow and the Clyde as a major player in a modern world. It is absolutely fantastic that a new generation of ship-building is starting on the Clyde, a River which has a rich and proud ship-building history. And it’s great to see Scotland’s world-renowned engineering skills deliver once again.”

Richard Deane, Managing Director of Ferguson Shipbuilders Ltd said: “The hybrid ferries project marks a new era in the Clyde’s proud shipbuilding heritage – building ferries for the future. Ferguson Shipyard is delighted to be part of such a ground breaking project and we look forward to completing the build and seeing the first of the ferries in operation early next year.” 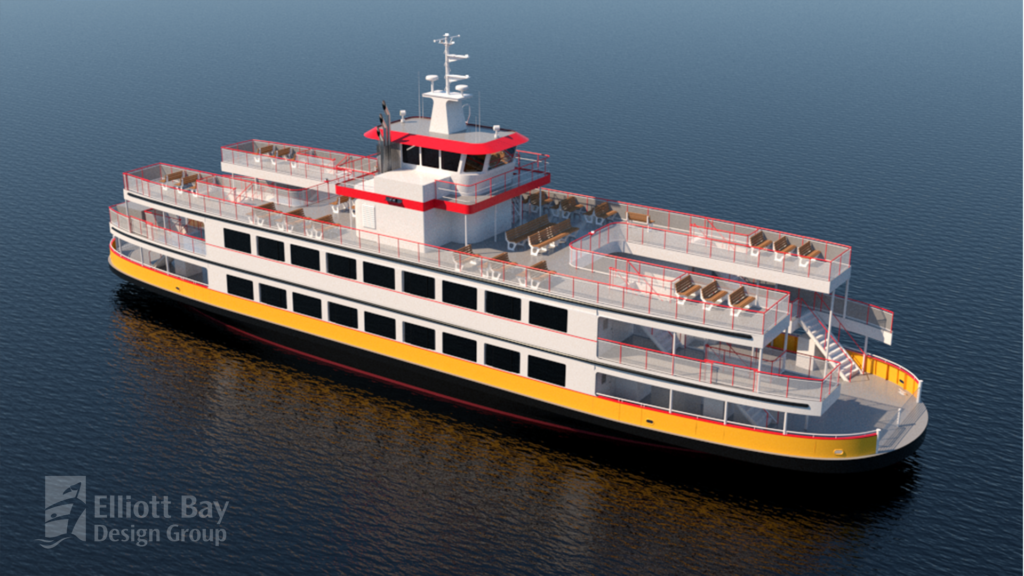