The Stena Ebba will join its sister vessel Stena Estelle on the Karlskrona-Gdynia route later this year, Stena Line said.

The twin ferries are the two largest of the E-Flexer class of Stena Line with an increased capacity of 50% more cabins, 30% more passengers and 15% more cargo than existing E-Flexer vessels.

Namely, at 240 metres in length, Stena Ebba and Stena Estelle are 25 metres longer than the other three E-Flexers operated by Stena Line. They have a capacity of 3,600 lane meters and provide space for 1,200 passengers.

Stena Ebba and Stena Estelle have optimised design of hulls, propellers, and rudders for maximum efficiency. All five E-Flexer vessels are gas-ready to allow conversion to methanol or LNG fuel.

The new ferries are equipped to use shore power during port calls to reduce emissions and the electricity connection also enables conversion to battery hybrid in the future.

The ships are the final two of five E-Flexers that Stena Line ordered from Stena RoRo in 2018. Stena Estrid and Stena Edda, the first two E-Flexers, entered into service in the Irish Sea in 2020. The third vessel, Stena Embla, made her debut on the Belfast-Liverpool route in early 2021. 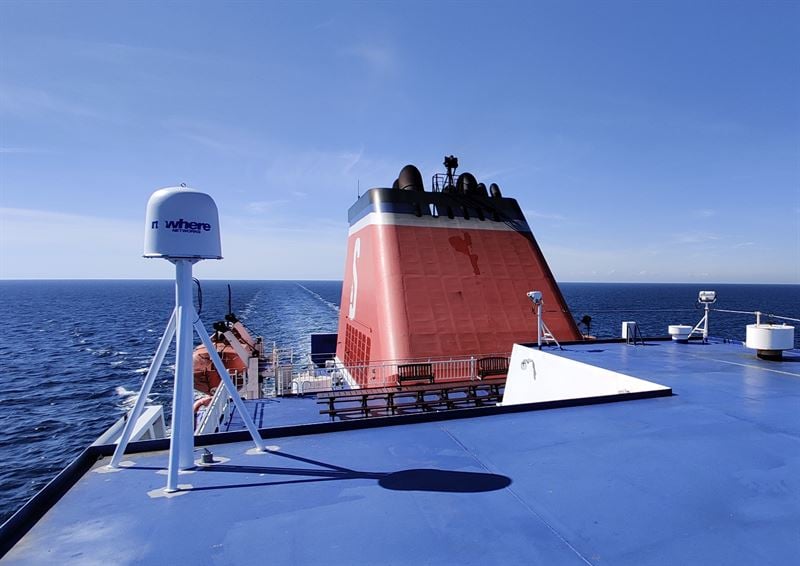